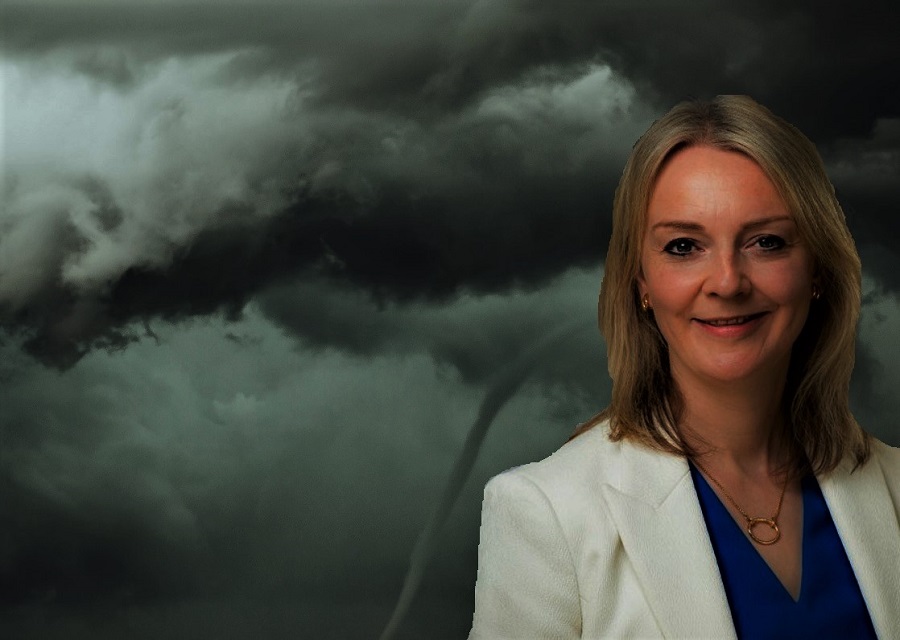 The newly appointed Brexit minister Liz Truss has already released a swift statement. Following her first phone call with the EU’s Brexit negotiator, Maroš Šefčovič, Truss said the UK “wants a constructive relationship with the EU, underpinned by trade and our shared belief in freedom and democracy”.

She also declared that “the UK position [on the Northern Ireland Protocol] has not changed”. That is, she is declaring that she is working with the same stance that led to her predecessors’ resignation.


From Lord Frost to frosting

Despite his childish intent to deceive the public, Lord Frost actually resigned because his frontal attack strategy against the EU over the NI protocol was absurd, unsustainable and not tenable any longer. His strategy was backed only by the dinosaurs of the duped DUP and other duping Brexit fish.

Yet, Ms Liz Truss continued by saying “We need goods to flow freely between Great Britain and Northern Ireland, end the role of the European Court of Justice (ECJ) as the final arbiter of disputes between us, and resolve other issues”. This is the DUP’s position to dupe their voters in front of utter duping of themselves after having campaigned for Brexit. The same Brexit making a border between NI and the rest of the UK unavoidable.


“We must pick up the pace of talks in the New Year” Ms Truss insisted. Adding that the UK’s “preference remains to reach an agreed solution”.

“If this does not happen, we remain prepared to trigger Article 16 safeguards to deal with the very real problems faced in Northern Ireland and to protect the Belfast (Good Friday) Agreement in all its dimensions”, she concluded astonishingly.

That would maybe work if only the UK held a minimal hand of poker. Instead, UK is currently holding no cards. No cards at all, even for an ill-conceived bluff.

Practically, Liz Truss is saying that Brexit’s main diplomatic issue with EU is back to zero after five years of pre-Brexit negotiations and one year of Brexit implementation. In her double position as Foreign Secretary and Chief Negotiator of Task Force Europe, Ms Truss is threatening to secede from an international treaty already signed by the UK with the EU.

In doing so, she is not only threatening to throw Northern Ireland into chaos. She is also threatening to throw in the bin the last pieces of UK’s international credibility. Triggering Article 16 of the NI protocol, and – at the same time – ignoring the internationally agreed screening from the ECJ, could easily mean the cancellation of the trade deal between EU and UK signed a year ago. More, it could provoke a trading war between UK and its main trading partner: the European Union.

The consequences for UK would be appalling. Chaos could ensue, both domestically and internationally. The UK is in no position to bear further disruption of its economy already shaken by the pandemic and especially Brexit.


The current UK government has already shot multiple times at its own feet: disasters have been piling-up on the UK’s back in 2020 and 2021.

Those disasters come from one main culprit – Brexit – with the pandemic worsening them all. Inflation, strong friction to trade, shortages of labour and goods, diplomatic isolation, self-inflicted restraint to free movement, capital flights, a ruined farm and fishing industries, a ruined tourism industry are just a few of the Brexit’s vicious effects. No Brexit benefits have yet materialized. Nor will they.

Yet, Ms Liz Truss is launching another menace with the gun pointed at the UK’s own feet.