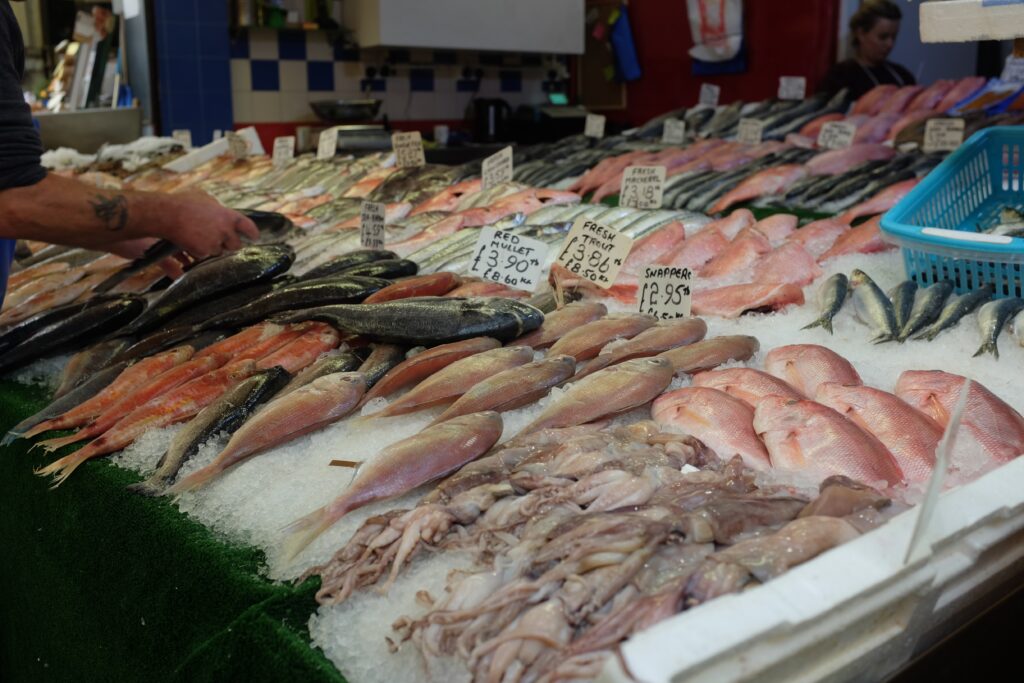 British fish feel deceived. Their hopes destroyed, British fish are now threatening a swimming protest or a net-strike. In January this year, they spoke with Jacob Rees-Mogg to show their happiness about being British. Their opinion was duly and faithfully reported in Westminster.

Better and happier? No longer. Their mood has utterly changed since.

In fact, it looks like UK government is now launching a campaign to eat precisely British fish. Horrified by such a perspective, British fish feel betrayed no less than British fishermen are.

As Brexit came into effect, they are not anymore sellable to EU. For this reason, British fish were happy about not being caught anymore – and being British for it. But current government’s plans are changing everything. Adding insult to injury, they will be eaten with British biers rather than fine Italian or French wines.

And that’s not the full story. In fact, the perspective is that of ending as rotten British fish anyway for the sake of a nationalistic move doomed to fail. British used to export mostly shellfish, lobsters, crabs and langoustines.

They are the most disturbed ones by UK government’s plans because not all Brits eat them anyway. Their sacrifice will be pointless and idiotic. They will be anyway left rotting in market, no matter how cheap they would be sold. They are simply too many to be digested by all Brits, even if eaten twice a day.

«No problem – declared the British fish delegation’s head – he would anyway lie at us and we will not give-up an inch of ground… or sea to be precise». (*)

Not all kippers back the delegation’s head, though. Since a fish rots always from the head down.

(*) Translation from British fish’s language kindly provided by an Italian dried fig who does not care a straw about being British or not.