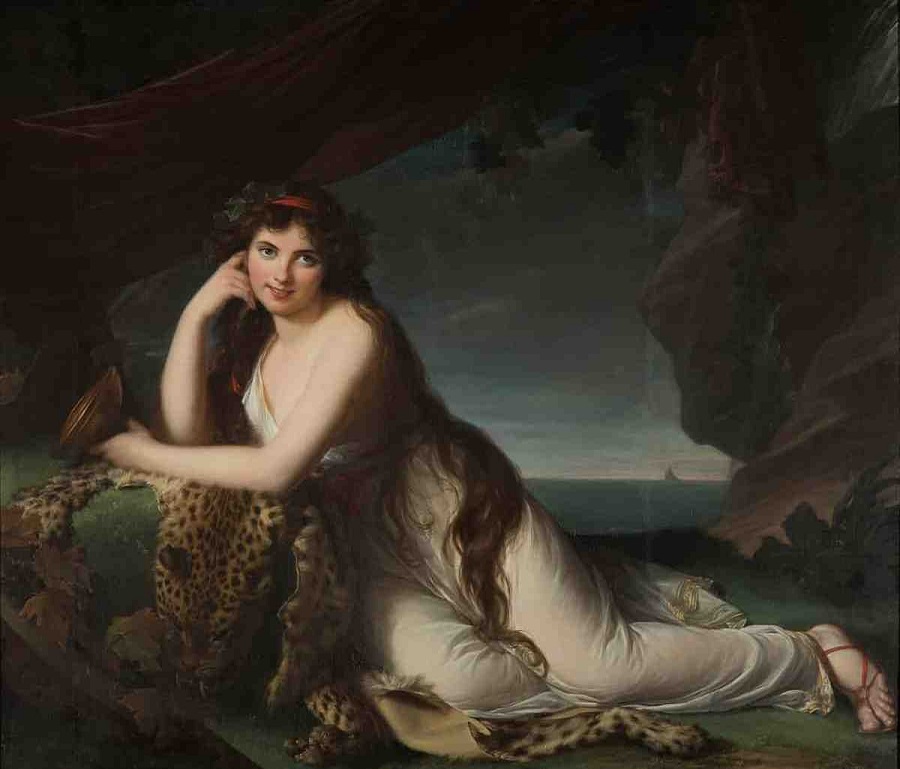 Not many Brits know that we Sicilian use to say “We go to the Continent”, when we are about to cross the 1.9 miles-wide Strait of Messina separating our island from the rest of Italy – and Europe.

Of course, Sicilian history is very much interlinked with Europe despite being an island on the geographical edge of the continent. Yet, not many people remember that Sicily had a common and mutually enriching history with UK – or Great Britain.

Starting with common ancestors for the British Royal family and the first Sicilian Normand Kings of Middle Ages, a common history shaped much of today’s Sicily. And the Allied liberation of Sicily in 1943 – much of it carried-out by Montgomery’s 8th British Army – is only one of the many historical facts determining the multifaced soul of Sicily.

Sometimes, we use to call Sicily simply “L’Isola”, “The Island”. That is a reminder for a specific trajectory characterized as land-and-sea frontier absorbing and reshaping other’s cultures in a unique form.

As for UK, our Sicilian identity – if there is one – has much to do with many other European countries. For Sicily – and for UK too – it has a lot to do with Spain, Portugal, France, Germany, Greece, Austria and, of course, UK itself. Sometime because they were enemies – and even invaders. More often for mutually exchanging goods, business, politics, culture, people, etc.

UK is not anymore in EU, yet it is geographically and culturally part of Europe, no matter what a Brexiteer might think about. UK has a common heritage with virtually all parts of Europe, including this large and sunny Mediterranean Island, apparently so far away from British Isles. Sicily and UK have special links witnessed by a large number of British people in Sicily and – maybe less known – Sicilian people in Great Britain.


It would be too long to name and talk about the most preeminent British men and women having influenced Sicilian history, art, culture, social life and even wines. It is useful to remind that even William Shakespeare has to do with Sicily, at least for what concerns his play “The Winter’s Tale”. In writing that play, Shakespeare “visited” Sicily, at least via his imagination, if not (indirect) knowledge.

Here, I would like to list only a few persons with brief notes. I will leave more comprehensive lists and descriptions for future articles.

I will now focus on Napoleonic time, when common history of Sicily and Britain was very intensive and links very close.

In addition, this year marks the 200th anniversary of Napoleon’s death. It is the right year to remember the close links that Sicily and UK had at that time. So close that Sicily was close to be annexed to Britain, just as Gibraltar a century earlier…


Sicily and Britain at Napoleon’s times: a common turning point within European history

The first three historical characters that I would like to remember here are high-standing personalities who shaped the future of UK and Sicily during Napoleon’s times. Many people might not know that Sicily has never been conquered by Napoleon’s armies – thanks precisely to the Royal Navy, the Royal Army and the economic, political and cultural influence of Great Britain on Sicily at that times.

In that, Horatio Nelson and the Royal Navy played a pivotal role thanks to decisive naval victories on The Mediterranean Sea against French fleets.

Between the end of XVIII century and the beginning of XIX, the history of Great Britain witnessed a turning point – precisely as Sicilian history did.

The British victory over Napoleon gave way to the ‘Pax-Britannica’, and a world led by British Empire in all fields: trade (especially with Europe), economy, military power, diplomacy, liberal thinking, culture, philosophy.

Influence on Sicily was determinant. Although the Mediterranean Island remained a possession of Bourbons of Naples, no doubts about an outstanding role of Great Britain in shaping Sicilian’s everyday life and history through all of XIX century, including Queen Victoria’s times.

All three of them lived in Sicily for a long or a short while at the start of XIX century. And they implemented extraordinary experiences, shaping Sicily’s and UK’s destiny within Europe.

Homonym of a known cleric, Benjamin Ingham the businessman has not even a mention in Wikipedia. It is remembered only as the uncle of another leader of a British family who settled in Sicily at the beginning of XIX centry, that of Whitaker family. On Wikipedia you find the Whitaker family and only in Italian language, here.

Yet, Benjamin Ingham built a good deal of Sicilian economy, lasting even to this day for specific economic sectors. He came in Sicily in 1806 from Leeds aged 22. In the matter of two decades he became the wealthiest man in Sicily. In English language, you find more in an article of the Web Magazine “The Florentine” edited by Deirdre Pirro (here)  and talking about Ingham within the history of Marsala wines of Sicily.

Ingham was one of the three “Kings of Marsala”, together with William Woodhouse – British too and the very founder of Marsala’s industry in Sicily – and the Sicilian Vincenzo Florio, first leader of the richest Sicilian family through the XIX century.


Sicily and Britain, a story of families and business

It is difficult to exaggerate the role of Benjamin Ingham and other British businessmen’s families for the development of Sicilian economy in XIX century. In fact, Ingham associated soon his business with Florio’s family.

Both of them created from scratch a reaching-out, multisector system of firms’ conglomerates running from wine and agroindustry to trading fleets, commodities production and trade, sulfur mining, olives and olive oil, etc. It is worth to consider that the tunafish cans that we commonly eat everywhere, were invented by Florio’s businessmen who were close associates to Benjamin Ingham.

Ingham deserves a Wikipedia voice in English language, as his economic empire was a key factor for the early industrialization of Sicily and much more. His influence on the common European heritage of Sicily and UK is simply impressive.


Horatio Nelson in love. In Sicily, of course

The life and epic achievements of one of the most celebrated British heroes has a lot to do with Sicily. Although his life as Admiral and leader is widely known, including his influence in the Mediterranean history, maybe few Brits know that Horatio Nelson lived in Palermo his devastating love story with Lady Hamilton – mother of his illegitimate daughter Horatia Hamilton.

But one fact is certain. Nelson’s victories in the Mediterranean Sea, starting with the naval Battle of the Nile, permitted to keep Sicily within British orbit and shaped the future of Great Britain, Europe and, of course, Sicily too. Common heritage of Nelson and Sicily cannot be overestimated.

Anyone willing to lively retrace the stay of Nelson in Palermo, can visit Palazzo De Gregorio, where the room witnessing his love with Lady Hamilton is still there – including that times’ furniture. Nelson was given the title of Duke of Bronte, a small city near Volcano Etna. The history of Sicily is shaped by Nelson’s life in a very specific way, as demonstrated by prof. Lucy Riall in one of her books  – and many other authors and publications since at least two centuries.


Lord William Bentinck and the “annexation” of Sicily to Great Britain

While British businessmen and admirals where a prerequisite for the British political influence in Sicily, Lord William Bentinck was the man who mostly contributed for politics in itself.

Lord William Bentinck is known in UK mostly for having served as Governor General of India from 1825 to 1833 and for his role in the Vellore Mutiny in state of Madras 1806.

But his carrier was re-candled by his political capacities shown in Sicily from 1811 to 1814, later to be stopped again after being too ambitious in promoting British interests in Italy at the expenses of Austria.

Perhaps not many British know that Sicily was close to be annexed to the British Empire, just as Gibraltar and Malta. And that this annexation was supported by Bentinck before arriving to a compromise with the little trustable of Bourbons Royal family of Naples.


Annexation in all but name

From 1811 to 1814 Sicily was nonetheless annexed to Great Britain in all but name and formal institutions. Lord Bentinck was the actual ruler. The Royal Army and the Royal Navy were indispensable to avoid a French invasion.

Economically, Sicily was ruled by Britain too. The island witnessed a few years of extraordinary economic expansion fuelled by British military needs whilst avoiding losses due to Napoleonic blockade. Sicily exported all sorts of goods and provided well paid commodities and huge amount of necessities to the large British garrison defending the island and the Bourbons Royal family – now left with little real power.

Bentinck was sympathetic to the cause of the Sicilians and “was quickly convinced of the need for Britain to intervene in Sicilian affairs, not so much for Britain’s sake as for the well-being of the Sicilians.” He is considered one of the first dreamers to see a unified Italy, at least in the opinion of some historians.

It is here impossible to describe all political actions of Lord William Bentinck in Sicily and Italy. However, the two above facts are more than enough to show his influence on the common historical and cultural heritage of Sicily and Britain.

Although the above is just a small contribution within a divulgation intent, it is clear the Sicily and UK share much more than we might think. Countless British businessmen, military men, travelers, writers, artists, scientists visited, lived and operated in Sicily. British influence on Sicily is historically huge. And Sicilian influence on British culture – and not only for tasting wines or Tuna fish – is also considerable.

The common historical heritage of Sicily and UK is simply striking, and not confined to early XIX century’s relations or a Shakespeare’s play.

Since UK has such a common heritage even with an island so distantly placed at the other edge of Europe, common history with many closer nations and regions of Europe is of course stronger. This is the bottom line that nowadays British politicians should take into account in making decisions. The opportunity of re-joining EU should be seized as soon as possible: to make Brits be welcomed back in every of their historical homes in Europe. Including Sicily.

By the way, it is maybe good that Sicily was not annexed by Britain in 1812 and joined Italy a few decades afterward – and with the help of Garibaldi, in turn helped by Britain in 1860. Had Sicily be annexed, we might be currently out of EU because of Brexit. And with Italy and EU just 1.9 miles away from our island.