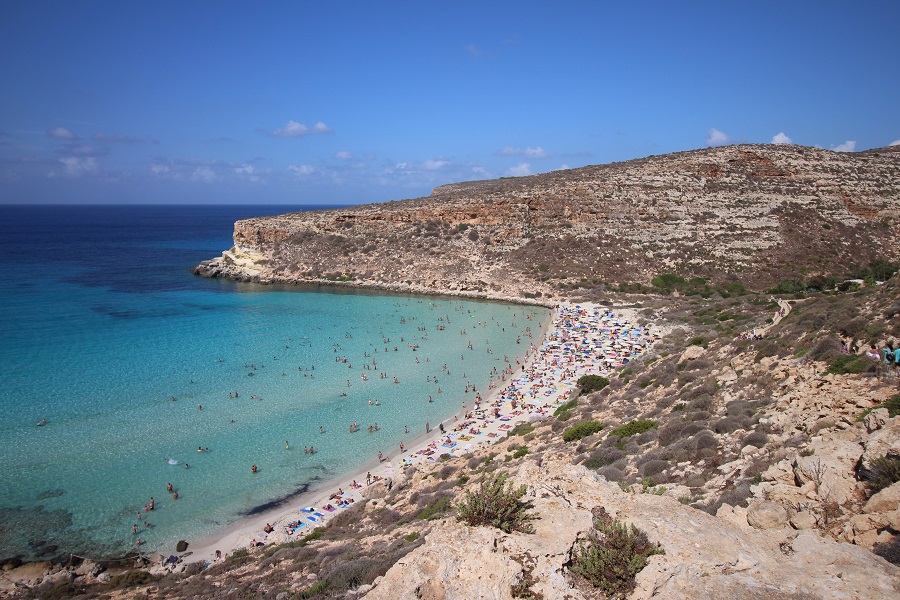 “A Place in the Sun” is not only a nice Stevie Wonder’s song in his album “Down to Earth”. It is not only a British TV series, or a movie. It has been a fullfilled dream for many Brits, as the song goes, to have a place in sunny Mediterranean countries, maybe once retired.


When UK was in EU, a place in the sun was a fulfilled dream for many Brits: in Spain, Italy, France or Greece. Thousands of Brits could easily have their stay and their home in sunny regions of EU’s Mediterranean countries. No longer, since UK is not in EU anymore, thanks to Brexit.

With Brexit, Brits are now missing their place in the sunny Mediterranean coastlines. What a nemesis! And a self-inflicted one, as Brits themselves voted to leave EU.


A Place in the Sun in Weltpolitik, a nemesis

On December 6th 1897, German Foreign Secretary Bernhard von Bülow stated, “… in one word: We wish to throw no one into the shade, but we also demand our own place in the sun.” (“Mit einem Worte: wir wollen niemand in den Schatten stellen, aber wir verlangen auch unseren Platz an der Sonne“).

He ended his speech with: “In East Asia as in West India we shall endeavor to preserve our rights and our interests, true to the traditions of German politics, without unnecessary severity, but also without weakness.”

That kind of speeches at that times were countless, and pervading all countries, press, meetings, conferences, parliaments, etc. It led Germany to multiple disasters. It led to the suicide of Europe and the British Empire alike: The Great War, or First World War of 1914-1918, and subsequent tragedies up to 1945.

That speech of more than a century ago is strikingly similar to the kind of speeches we can listen today in Westminster from members of UK government. A bold and self-confident attitude based on insufficient real assets. As a century ago, it is promoting direct confrontation instead of cooperation with other countries, and especially EU. A path doomed to fail, making UK citizens to miss their place in the sun very quickly. As it is happening today, with Brits obliged to follow rules of a third country when traveling or immigrating in EU.

On the other hand, today’s Germans can enjoy peaceful free movement of people and goods. Every German can really and easily fulfill the dream of a place in the sun of Greece, Spain, Italy. Or anywhere else in EU.

Even more ironical is the history of fascist’s “place in the sun” compared to today’s UK. Borrowing from the worst of the German XX century’s Weltpolitik, Mussolini tied himself with Hitler’s foolishness for the sake of conquering a poor country of Africa, Ethiopia. That was the last independent country left in Africa at that time, and therefore the last place in the sun left for grab.

We all know how it ended. After having conquered Ethiopia by using cruel means, including chemical weapons, fascist Italy lost it in the matter of a few years at the hands of British Army. Italy lost her other colonies too and found herself invaded and destroyed by a self-inflicted war.

Again, as in defeated Germany, post-war Italian politicians learned the lesson. All European countries learned. Italy, together with Germany, France, Netherlands, Belgium and Luxembourg, organized the foundations of EU already in the mid-50s. EU expanded from 6 to 27 countries within the dawn of XXI century – UK included.

They understood that a peaceful EU is the real place in the sun to dream of.

In XIX and XX centuries, Italians were migrating in biblical volumes around Europe and the World, often without real rights. They can now enjoy their free staying anywhere in EU with little more than an identity card and a booked apartment. And they can quickly look for a job in the sun, without being treated as dirty and paperless “macaroni” of old times.

On the other hand, Brits are now missing this large freedom of movement because of a self-inflicted Brexit. While trying to escape to the Brexit’s moon, they landed down to earth. What a nemesis. Britain defeated in peace by its old war nemeses. And a self-inflicted defeat too.

Once Brexit got done, Brits can only dream about a future place in the sun: rejoining EU. Maybe while listening to Stevie Wonder’s songs or the Italian refrain “O sole mio”.

Pictured on cover, “Spiaggia dei Conigli” (“Rabbits Beach”, considered the most beautiful beach in the world in 2020 ) in the sunny Italian island of Lampedusa, Sicily.  This isalnd is the southermost land of EU, with wonderful beaches and climate. It is no longer available for more than 180 days a year for Brits, unless they get full residence status as third-country citizens. It is also the isalnd where many paperless immigrants from Africa get to enter EU in the quest for their place in society. Photo by Enrica Tancioni on Unsplash. Full photo here.