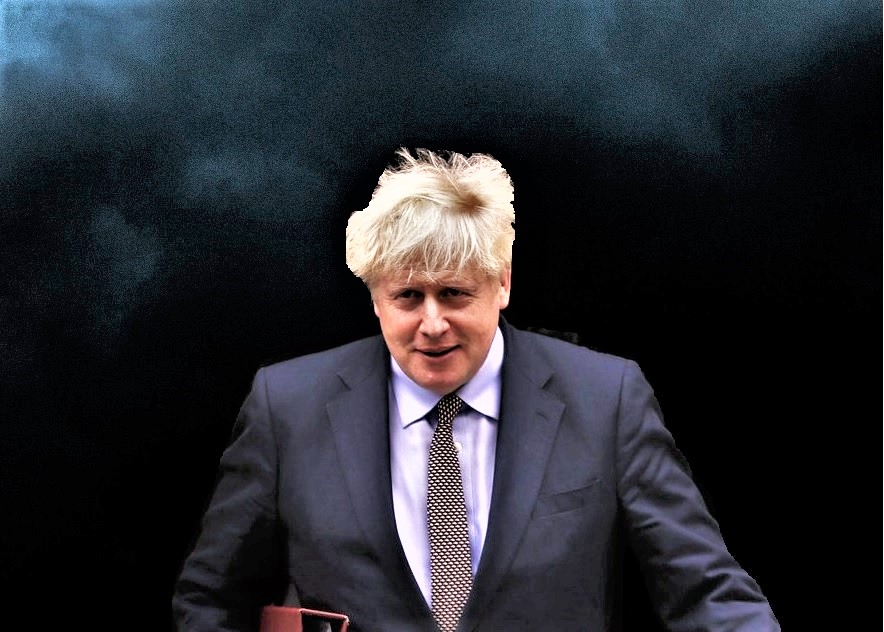 Brexit is about to celebrate. On 1st January 2022 it will complete its first year of existence after more than four years of gestation within the socio-political body of old Britain.

That is a long pregnancy, much longer than current age of Brexit life. Already weakened by too long a pregnancy, the UK economy – and political system – has been hit by pandemic precisely while giving birth to such a wicked off-spring.

The first – and hopefully last – Brexit’s birthday will not be a happy one. It will coincide with the implementation of additional restrictions on imports from the EU to the UK. Thanks to Brexit, importing EU goods will be yet more difficult starting on 2022. That will come after a full year of export and import restrictions already imposed by Brexit.

Export restrictions have been going on in the form of powerful friction to trade with the UK’s main trading partner. Import restrictions have materialized in the form of gigantic obstacles to import labour, one of the most needed factors of production for the UK economy. That is, people able and willing to work in a vast array of industries. Industries relying on seasonal workers have been dramatically hit, while the entire supply system suffered from epochal lorry-driver shortages.

One year-long calamities have been the terrific work of baby Brexit growing to toddler age. His sister Pandemic has been adding her own to the torment. So far, the extent of the Brexit disasters has been scrambled by the effects of pandemic. Without the pandemic, it would have been much easier to see the drawbacks of Brexit on the UK economy.

This is not good news, as tragedies caused by the pandemic added to the Brexit disasters and helped a wretched government in dodging criticism on the main culprit of the ordeal: baby Brexit. As it sometime happens in the best families, an older sister – Pandemic – has been indicted instead of the younger baby – Brexit.


Yet, baby Brexit’s disasters unfolded with mighty misery. Exports collapsed and never recovered. Inflation shot-up well beyond forecasts. Labour force shortages imposed by Brexit caused shortages to the UK well beyond those imposed by pandemic and supply crisis in EU countries. Farming and fishing industries have been ruined. The UK tourism industry has been shattered with a 2021 turnover even lower than that imposed by pandemic in 2020.

UK citizens – and businesses – can no longer travel freely across an entire continent, no matter the pandemic effects. Large companies have closed industrial plants in UK and moved for good elsewhere. So did many British citizens, opting for a better and freer life in the EU.

The list of Brexit benefits is still non-existent. The list of negative Brexit effects is appallingly long. Here, a brief report for some of them, starting from the most recently “discovered” item: inflation.


One year of Brexit disasters: inflation

Inflation set-in quite quickly in the UK, well above the BoE’s target and earlier than other EU countries. By August 2021 the CPI was already above 3% (as we forecasted here). Then, inflation in UK continued at a higher rate despite little public spending for economic recovery. Whereas the EU and the US economy are experiencing inflation caused by much larger recovery spending from the government, UK is experiencing one of the highest OECD inflation rates despite a tight – or at least sloppy – fiscal policy.

It is an unfortunate fiscal policy for UK, proposing even tax increases and cutting benefits instead of supporting demand for poorer families. The BoE has been caught between the need of increasing interest rates to curb inflation and the imperative of accompanying UK economy on its after-pandemic recovery.

With the pandemic now steaming-up again, the problem will get worse still. GDP shows already signs of slowing-down coupled with higher inflation, as we predicted long ago, because the real problem is not demand but supply. That is, because the real and bigger problem for UK is not the pandemic in itself – which is temporary.

The real problem is Brexit in its long-term and – seemingly – permanent nature. It is mostly Brexit that creates inflation, as demand is still comparatively low in UK and has not been boosted by public spending either.


Inflation in UK was above 5% in November and it is likely to be higher in December. It looks to get still higher in 2022 and is bound to wipe-out any nominal wage gain obtained via draconian cuts on available labour force.

It is worth remembering that cuts in the labour force available to UK economy have been directly contributed to by Brexit by making difficult if not impossible to import labour from the EU. The UK economy is already operating at full capacity. In fact, unemployment is practically negative for many sectors – as vacancies cannot be fulfilled across UK economy – and inflation is already high.

In these conditions, any increase in demand and/or money/credit supply or wage increases, can lead only to higher inflation.


One year of Brexit disasters: industry

Due to Brexit, problems in importing goods apart from manpower will add to the UK economy’s ordeal starting in January 2022. But the current government and opposition parties are still avoiding the “B” word. Yet Brexit exists and has just started to destroy the UK economy at its core.

Operating a company in UK – especially an SME – is comparatively less efficient and less attractive than in EU. This is due exclusively to Brexit. Without Brexit it could well be the opposite. In other words, Brexit made any industry in UK have a locational comparative disadvantage with respect to the EU economic space – including Northern Ireland.


This alone has produced an additional contraction of the UK economy that has nothing to do with the pandemic. Actually, the pandemic has mitigated this effect by making industry investments in other countries less attractive or difficult for the time being. However, starting in January 2022, the situation will get worse – much worse.

The current supply crisis will be worsened by additional friction in the importation of goods. Not only consumers will suffer. EU exporters will suffer too these frictions in the form of considerable red tape in exportation to the UK. But it will be the UK economy to suffer much more, because it relies on a vast range of intermediate goods from the EU to keep running and expanding.

This is not limited only to the food-processing industry or services such as tourism or health services. Many other key-productions sectors will be hit: automotive, energy, transportation, steel, textiles, medical products, etc. Virtually every sector and subsector will be hit via higher costs of import goods needed to produce final products – or other intermediate goods – for domestic and foreign markets alike.

Already hit by the pandemic and after the first year of baby Brexit, the UK economy will have to endure hard times in 2022 even without any diplomatic problems with the EU over the NI protocol. In other words, Brexit has already imposed trading sanctions on the UK without any retaliation imposed by the EU to encourage the UK applying the full conditions of the co-signed NI protocol.

Brexit’s toddler age looks particularly troublesome as the UK government does not intend to take any measures to limit or discard Brexit. Thus, year 2022 looks increasingly problematic for the UK, unless voters kick-out one of the worst governments of UK history.

And that will not come any soon, unless elections are called one way or another.