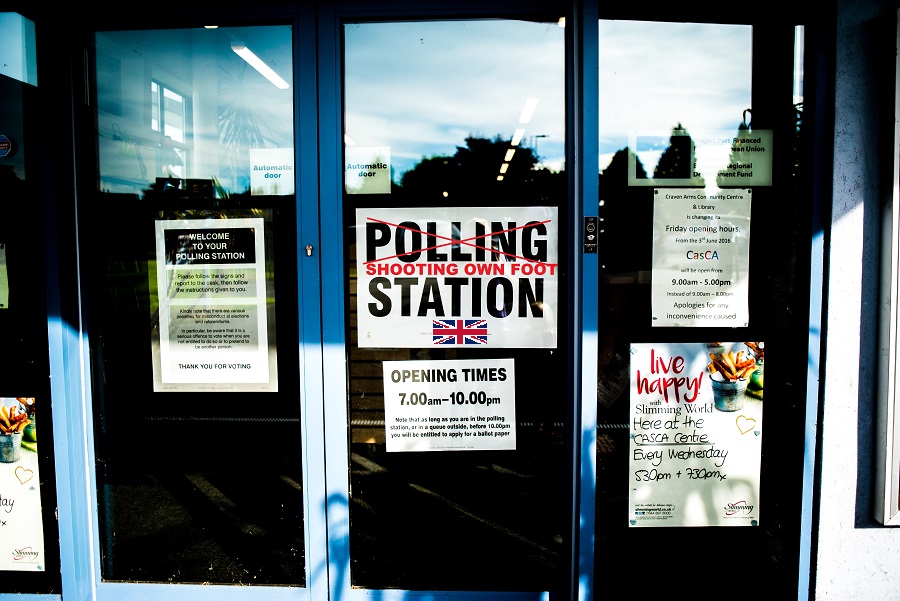 Since 2016, the UK’s thirst for self-harming seems bottomless. Brits will soon celebrate five years of shooting their own feet as the fifth anniversary of the mother of all self-harming acts – the Brexit referendum – is approaching.

The first shot came even earlier. That is, when a “consultive” referendum was launched by a masochistic move by Tory PM David Cameron – the referendum itself to decide whether remaining or leaving EU.

Then it came a “Leave” campaign based on fake news and lies: another, fatal, shot. On the third week of June 2016 both of the UK’s feet were already shot. Yet, the shooting kept going-on and intensified. The “Leave” won thanks to the “consultive” nature of the referendum, which did not allow a vote for many Remainers living abroad.

Once more, a foot was shot after results were declared. Malpractices and unlawful acts during referendum campaign were not given a follow-up because the referendum was “consultive”. Yet, the subsequent Tory governments kept shooting at UK’s feet by considering the referendum results not consultive.

Actually, they considered results as strongly – very strongly – binding. For them, the decision to leave EU was irreversible and once-in-a-generation: a question of life or death. In other words, the gun was supposed to be a salvo when it was, in fact, charged with real harming ammunition.

It did not end there. Theresa May’s government was unable to reach an agreement on the “type” of next ammunition to shoot its own foot. Should have been a hard plomb ball or a soft rubber one? A hard Brexit or a soft Brexit? May decided first to shoot once more on her government’s foot by pushing for early elections. Which she lost.


Theresa May and Boris Johnson: the UK looking for own feet to shoot at

Short of a majority at Westminster, she had then to form a government with DUP hard-shooters: those who did not want a soft Brexit – allowing for a Custom Union with the EU – for the sake of reaching the most harmful outcome when shooting at their own foot. DUP wanted a hard Brexit – a hard bullet ammunition to shoot on theirs (and UK’s) own feet and making it blowing in pieces.

By 2018, feet to shoot at were already running out for UK. Yet, the next decision was to increase the self-inflicted damage by electing Boris Johnson as party’s head and therefore as a PM. He kept shooting UK’s own foot – and own feet – all the way since, and at an increasing rate.

Firstly, he campaigned to “get Brexit done”. That is, ensuring that no heal and recovery was provided to the bleeding UK’s feet. On the opposition, Mr. Corbyn helped the masochistic exercise by avoiding an anti-Brexit alliance.

Then – when Johnson won the election thanks to a first-past-the vote system – he started a new round of Kalashnikov-style shooting at all possible feet. In his electoral victory and subsequent firing, he was helped by the firing attitude of a self-harming press adding insult to injury.

In practice, the press and UK government worked very intensively on looking for own feet to shoot at.


More own feet to shoot at

In fact, UK government black-mailed EU with an unloaded gun already discharged on UK’s own feet, by engaging lengthy and self-harming negotiations posed to menace with an even more self-harming No-Deal. The EU succeeded in healing the newly shot UK’s feet by at least reducing damage with a last-minute deal ensuring at least an orderly divorce from EU side.

From the UK’s side, Boris Johnson kept shooting UK’s feet with different bullets. He left small business with no substantial help, kept lying on the Irish border, left the fishing industry’s export plummeting. He added a further round of shooting by insulting and blaming the EU about everything. Thus, isolating the UK even more.

He then menaced to suspend the Northern Ireland Protocol, implementing more shooting at UK’s own feet.


For what concerns the Covid pandemic he kept shooting at UK’s feet all the way long. First by ignoring initial signaling of pandemic onset. Then implementing a “herd immunity” strategy with appalling results in terms of deaths, plus countless mistakes in managing hospitals and retiring homes. He then implemented a fast vaccination which is currently under threat by another shot to UK’s feet: allowing the Delta variant to enter the UK unchecked.

These above are nothing but a few of self-harming shoots at UK’s own feet for five long years. Many other occurred, for instance in handling the institutional crisis with Scotland.

Now, the UK ran out of feet to shoot at. And cannot walk alone anymore. Since long and for many years ahead.