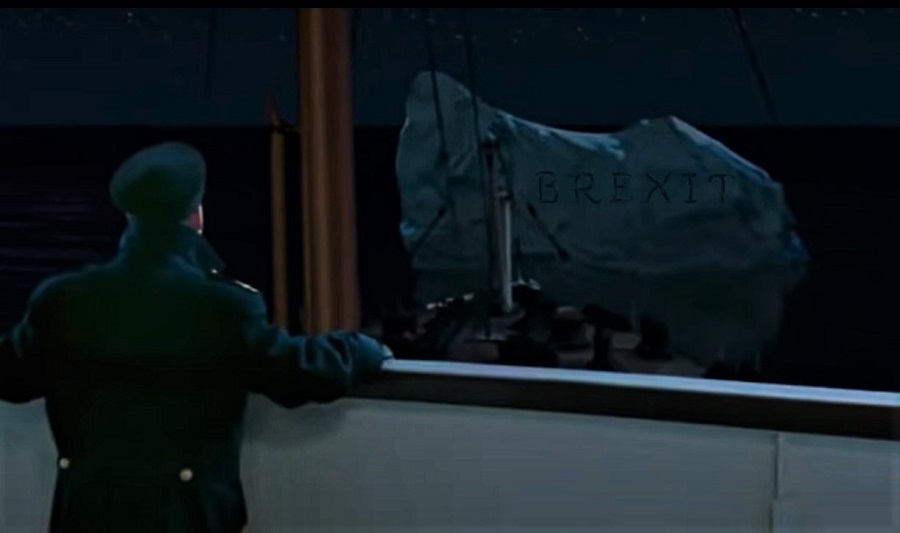 UK is hitting Brexit in way much similar to Titanic hitting an iceberg. Trade is plummeting beyond pandemic’s impact, entire sectors ruined or in tatters. The very core of the UK’s institutional construction is in danger with Scotland independentism on the rise and Northern Ireland problems getting worse.


The Northern Ireland Protocol acts as one of the lifeboats to rescue what is possible to rescue from a UK while hitting the Brexit iceberg. Yet, the UK’s government is blaming precisely that lifeboat and proposing to dismantle it. Pushed by a self-harming DUP engine, Johnson’s cabinet and Lord Forst are now blaming the NI Protocol and threatening to dump it under an iced sea of problems.

This is a foolish move, as Northern Ireland would be in a much worse situation without the NI protocol.

Yet, in newspapers we now read that “Downing Street has hit back at Ursula von der Leyen’s “disappointing” lack of recognition of the anger in Northern Ireland and of the EU’s duty to ease tensions after the European Commission president blamed Brexit for recent problems.”

Reality is, as Ursula Von der Leyen clams, that EU’s duty to ease tensions is precisely to put in place the NI Protocol.

Still, the chair of the Loyalist Communities Council in Northern Ireland, with links to former paramilitaries, warned of the risk of further violence. The bell is ringing three times: iceberg right ahead. Yet and one again, the new leader of the Democratic Unionist party, Edwin Poots, said that the Northern Ireland protocol is impractical. In his view it should be “dismantled”. That is, with an iceberg righ ahead and with the UK ship running at full speed, the new DUP leader is proposing to dismantle the only lifeboat left on board.

Then, the UK government is supporting DUP’s leader in his madness. Will UK vessel sink together with peace in Northern Ireland? Or the NI Protocol will not be dismantled allowing at least Northern Ireland to remain afloat?

The EU is working for the second, less harmful, outcome. Keep the Northern Ireland Protocol working, which with its provision to avoid a border between Ireland and Northern Ireland serves precisely as a lifeboat for what can be saved.

“I think it is important to reiterate that the protocol is the only possible solution to ensure peace and stability in Northern Ireland while protecting the integrity of the European Union’s single market,” Ursula Von der Leyen told reporters a few day ago.

“If we see problems today, we should not forget that they do not come from the protocol but they result from Brexit. That is the reason why the problems are there.”

“Now, it’s our common duty with the United Kingdom to do whatever we can to reduce tensions in Northern Ireland and that is why we are exploring practical solutions to help to minimise the disruptions to the everyday life in Northern Ireland.” Which is, in fact, providing to Northern Ireland a lifeboat when facing such a disaster as Brexit: the NI protocol.


She added: “The beginnings are not easy, tensions are being felt around the access, for example, of EU fishing boats, or tensions are without any doubt there around the implementation of the protocol of Northern Ireland.”

Which is to say: of course, a lifeboat is not an enitre ship. But dismantling it while the ship is set to sink, it is not the best solution either.

Will DUP and UK government undestrand it? It does not seem so. They are, on the contrary, accelerating speed of a doomed ship toward the Brexit iceberg, and dismantling lifeboats at the same time.