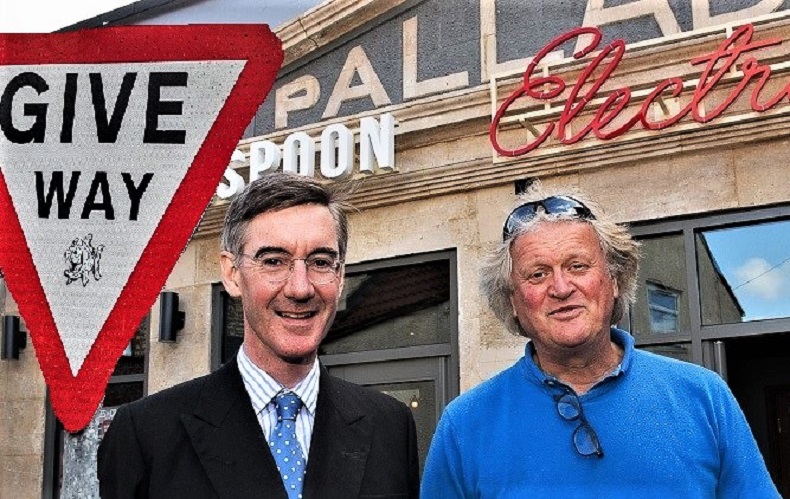 And there it comes. Another Brexit fish is no longer happy for it. And it is quite a big Brexit fish, one of the biggest: Tim Martin. Exactly him, in flesh and fishbone. Yes, the “Brexit hero” as he was dubbed by the fishish-speaking Jacob Rees-Mogg.

The big Brexit fish surfaced today on news saying that his business needs more immigrants. Well, “Brexit means Brexit”, should have answered Mr Rees-Mogg. Yet, the Tory hard-Brexiteer remained mute … as fish. Odd, when we think that he is a fluent fishish-speaker, especially when it comes to have a talk with happy Brexit fish.


Is Rees-Mogg deaf as fish? Maybe. Because, Tim Martin has been utterly clear. “The UK has a low birth rate. A reasonably liberal immigration system controlled by those we have elected, as distinct from the EU system, would be a plus for the economy and the country,” he told The Telegraph in an interview.

“As distinct from the EU system”, Tim Martin said. Problem is, there is not a so-called “EU system” on immigration. Each EU Member State has its own immigration system.  “Member States retain the right to determine volumes of admission for people coming from third countries to seek work”, you can read on official and non-fake documentation (here).

The “system” is the same across EU only when applying it within EU. That is, if you are in EU there is no limit on movements of goods and people within residents of EU. That is, you can have as much as immigrants you want from any EU country as long as you are an EU country – which means, you get regular immigrants as much as you want, as long as you do not leave EU.

Yes, an easy concept for anyone, except for gammons, fish, Goofy, Donald Duck and Brexiteers. This is, because never on earth you got the opportunity to make a gammon understanding it, even when the gammon was still a living pig.

And you cannot find any caught fish on earth understanding simple concepts – even when they were still living animals under the sea. No matter about their happiness or nationality.

Yet, Mr Martin added that “America, Australia and Singapore have benefitted for many decades from this approach. Immigration combined with democracy works.” And, “special preference could be given to those countries nearest to the UK.”

But which countries are nearest to the UK? If we take a look at a map, even one from Flat Earth believers, these countries are precisely EU countries.

True, we forget that Brexiteers do not know – nor understand – geography. Probably, Mr Martin considers as “nearest countries” to the UK, Singapore, New Zealand and Australia.


What are we talking about?

Maybe not in this case? Maybe he is talking about French and Dutch people? Who knows? Yet, Mr Martin forgets that the plenipotentiary for dealing with EU is the non-elected Lord David Frost. And he is forgetting, too, that the entire Brexit narrative he supported is about having fewer immigrants anyway. He is forgetting, too, that Mrs Priti – expensive – Patel is scaring immigrants and tourists away by mis-treating them when they land in UK.

Mr Martin is also forgetting that, recently, the UK democratically elected government sent warship against, hem, French fishermen. To be fair, he is forgetting too that the UK government has been elected with a first-past-the-post voting system, whereas the EU Commission is elected with a proportional system.

So, which is more democratic? The UK or the EU?

Do not ask it to a gammon or a fish. They might not be able to understand anything before a hen get pissing.