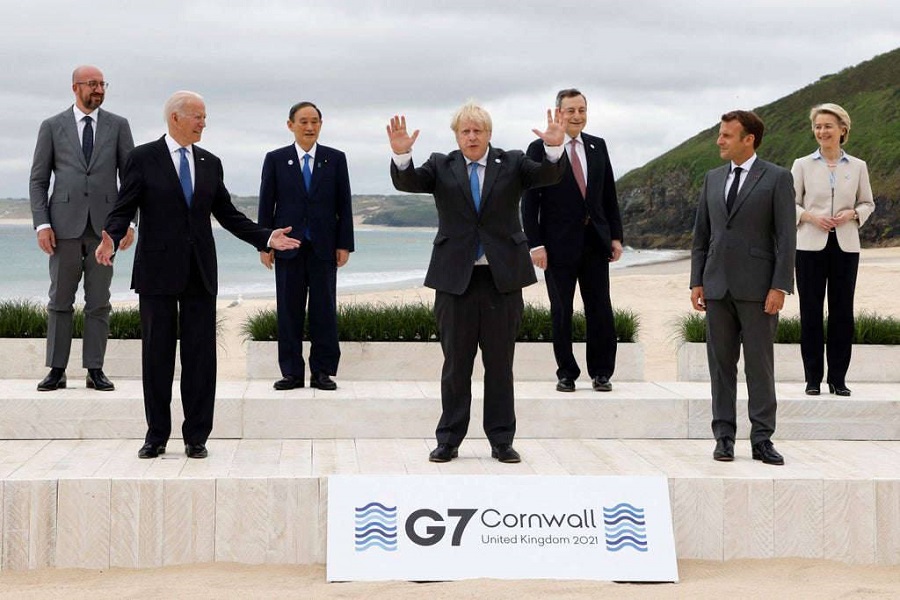 The UK and EU are on the brink of a trade war, starting from sausages. But the real news after a disastrous G7 for UK, is that Johnson and Brexit are absolutely jeopardising UK-US friendship.

“One thing we all, absolutely want to do, and that is to uphold the Belfast Good Friday agreement, and make sure that we keep the balance of the peace process going. That’s absolutely common ground, and I’m absolutely optimistic that we can do that”, PM Boris Johnson declared to the press after a pre-G7 meeting with US President Joe Biden.


Biden called it “very productive meeting”, referring in his post-talks comments to the “special relationship” between the US and UK. This is a term of which Johnson is not a fan.

Reality is quite different from public declarations. Not surprisingly, Johnson and Biden did not call for a joint press conference. Unusual, for heads of two countries with a so long-lasting and close friendship.

Reality is that Brexit and Johnson are widening a growing gulf between UK and US. And that is clearly visible on the non-joint statements. From the UK’s side there is the usual empty exercise, seasoned with the repetition of PM’s “absolutely”, branding his absolutism. This is in sheer contrast with Biden’s call for “defending the enduring democratic values”.

The following day Boris Johnson reiterated threats of “suspending” the NI Protocol, thus implying he was lying to Biden. It does not come as a surprise since the PM’s political career has been marked by lies and confrontations, especially about Brexit and Northern Ireland.

“I think we can sort it out, but it is up to our EU friends and partners to understand that we will do whatever it takes,” he said. Ironically, he is repeating Italian PM Mario Draghis’s famous three words when he was head of ECB – “whatever it takes” – to save the Euro.

“If the protocol continues to be applied in this way, then we will obviously not hesitate to invoke article 16, as I have said before”, Johnson added.

Problem is, the Protocol is being applied in the only possible way: the way of applying it as agreed in the Protocol itself by both parties. And UK cannot invoke article 16, which is a provision for unforeseen aspects.

In fact, custom checks on Irish Sea were clearly foreseen aspects by the Protocol, as the Protocol itself guarantees that no custom checks will be on the border between Northern Ireland and Ireland. Where do you want to check goods, then? On the Moon?

In this context, Johnson appears particularly isolated in the G7, in sharp contrast with European leaders, who are teaming-up in a solid group. They chose French President Emmanuel Macron for a clear message: “ “nothing is renegotiable, everything is applicable” in the NI Protocol.

A trade war between EU and UK is looming ahead, triggered by Johnson and Brexit. The fire is being fanned by declarations from David Frost, DUP’s dinosaurs and now even more inflammable ones by Boris Johnson.

Considering the strong rebuke to UK government coming from Biden’s administration, with whom US will take side?

It is an easy guess.