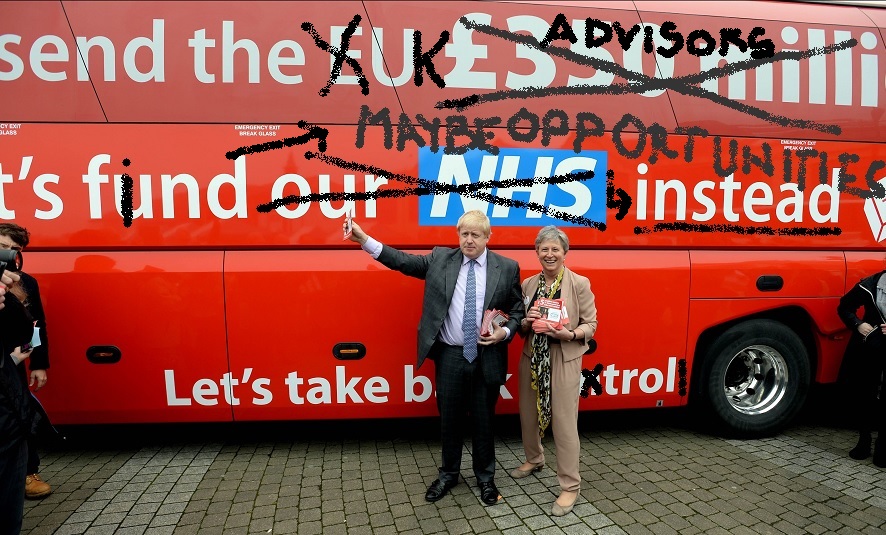 ‘Government to hire adviser to identify post-Brexit benefits’, you can read in Bloomberg news.  “Boris Johnson’s administration is recruiting an external adviser to identify new opportunities following Brexit to demonstrate the benefits of the UK’s departure from the European Union” The New European reported.

That is a hard task. So hard, UK government as labelled this job with the pompous term of Adviser.

An External Adviser, of course, to continue the lavish tradition of splatting money at nothing, as it has been with 108 billion pounds contract for contact-tracing.

And, of course, “benefits” have been re-branded as “opportunities”. But, by doing so Brexiteers are acknowledging that no benefit has been found yet, and not even opportunities. Opportunities, which are a pre-requirement to become, maybe in the future, an actual benefit.

True, the Brexiteers of UK government are looking for Brexiteers who find Brexit benefits – one day in the future. Actually, not even to find benefit, but to identify opportunities. That is not far from admitting that no benefit came from Brexit yet. Is it an operation indirectly acknowledging that Brexit is currently – and for a long time to come – unworkable? Yes, but not yet in Brexiteers’ thinking – or willingness to think.

In the real world without unicorns and fairytales, Brexit benefits have not been found for years, at least six years. No Brexiteer has yet found a single sellable benefit other than fairytales, such as the 350 million pounds a week or “taking back control”. Thus, forget about those 350 million pounds for NHS and let’s find maybe opportunities instead.

But we would not be fair without mentioning a true benefit that has been actually found. The merit goes to a true Brexiteer of the first hour: Jacob Rees-Mogg. He actually identified a true benefit for British fish now being British – after Brexit – and being happy for it. Fish too, not only Rees-Mogg.

But that is the only real benefit identified so far. And it does not look good.

The point is, UK government is looking for opportunities – or would-be benefits – that look good. That is an even harder task. Will maybe justify another multibillion contract? Who knows?


No idea and no clue for real world

Of course, the whole operation can be branded in a fashionable way.  Reality, though, is much clearer when you read it on The London Economic: ‘Government set to hire adviser to search for post-Brexit opportunities’. “The people who spent the last six years telling us all about the tremendous opportunities outside the EU have no idea what those opportunities are,” Alex Andreou responded.”

Which is, in fact, the real reality in the real world.

Brexiteers have no idea of real benefit coming from Brexit in the actual reality of the real world actually happening. They never had a clue, other than marketing a sure disaster as a profitable proposal: Brexit.

UK government will certainly find someone to hire as an “Advisor” to identify opportunities for “Post-Brexit”. Whether the Advisor will identify them or not, is less certain – on earth.