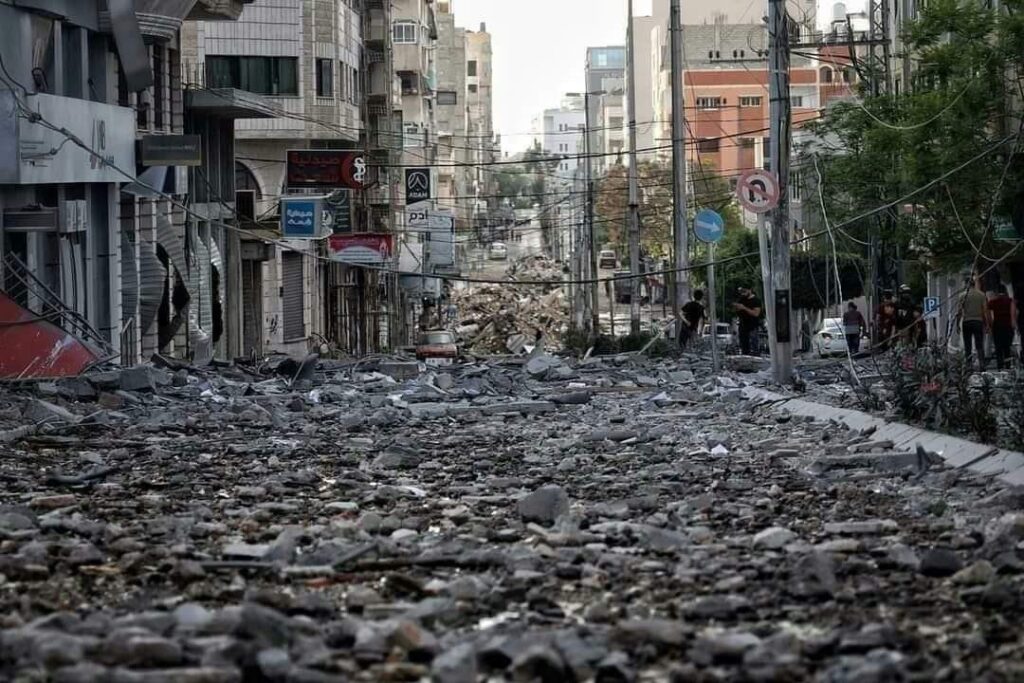 Israelis and Palestinians are two peoples serving a single master. They struggle in antithesis against the only possibility of mutual legitimation.

Failure of diplomacy is inevitable when the level of reasoning is an emotional sermon in which all parties have their own reasons. The contenders do not give a chance to normalization and rationalization attempts that common sense would dictate.


War feeds itself while adding a desire for power – and producing insensitivity to pain. Cruelty is the true figure of this “zero sum” conflict in terms of progress towards peace, but with a monstrous number of victims and a much heavier toll for the weakest: Palestinians and especially children.

There are outraged cries from various quarters and a fervor of protests on both sides. But the substance is grimmer: in this dark party game, extremist forces move on multiple levels. The existence of both sides depends on it.

Too many Israel governments let Israelis believe that annexations after the 1967 war would be easy and legitimate. They attempted to absorb the eastern area of ​​Jerusalem, home to European embassies but above all a neighborhood close to the sacred sites of both religions.

They effectively suppressed the Palestinian elections allowing Hamas to be strengthened, not without lavish funding under the eyes of the international community.


Conflict Israel-Palestine, why diplomacy failed for so long

As long as there are no free elections, Israel will not be able to negotiate on an equal footing with Hamas, the real movement in power in Palestine, and especially in Gaza, since the 2007 coup. Legitimate negotiation between opposing governments can only take place on equal terms on the ground of democracy. For this reason, real negotiation it will not take place for time to come.

The occupation issue is a matter of resentment and humiliation. What happens continuously is the harassment of a people who is fragile in terms of wealth, economy, goods and means, whose only influence is in the capacity for revolt. The association of the word Intifada with Palestine thus becomes the instrumental function for the survival of a severely tested identity.

Thus, in the Holy Land, two peoples are fighting – agitated by the same emotional realm of irresponsibility and extremism. The question is of life and death, precisely. Death that can come true both in battle and in the recognition of peace. Accepting a common solution would put an end both to the existence of Israel’s resentment and to the disobedient reaction of the Arab world, which has rushed to defend the foundations of the freedom of the Palestinian people.


The mirage of peace that the extremists do not want

In the conflict Israel-Palestine, peace would dismantle centuries of idolatry and prejudice, removing the value of the victim-executioner dialectic that feeds the fire of a masochistic passion: what we call war. Getting hurt to hurt, as long as you exist. The category being questioned is precisely existence.

There is talk of a truce with good right. The question cannot be resolved in a maximalist project such as peace. A truce, on the other hand, leaves the basis of the conflict:  unchanged, allowing it to evolve.

The peaceful coexistence between Arabs and Israelis, when carried out with hypocrisy rather than as a real process of moving towards a lasting peace, has exposed its own flaw. That is, the inability to recognize the other as a similar and not as an enemy.

Only by abandoning the claim and need of an enemy – and affirming everyone’s right to be in the world instead – will a real peace process be initiated.

A ceasefire has come into effect on May 21 with the hope of restoring civil coexistence and ensuring reconstruction. Affirming everyone’s right to be in the world continue to be the core for a roadmap to lasting peace.

Translated and edited by Gabriele Bonafede from the Italian edition published on May 19th 2021 (here).