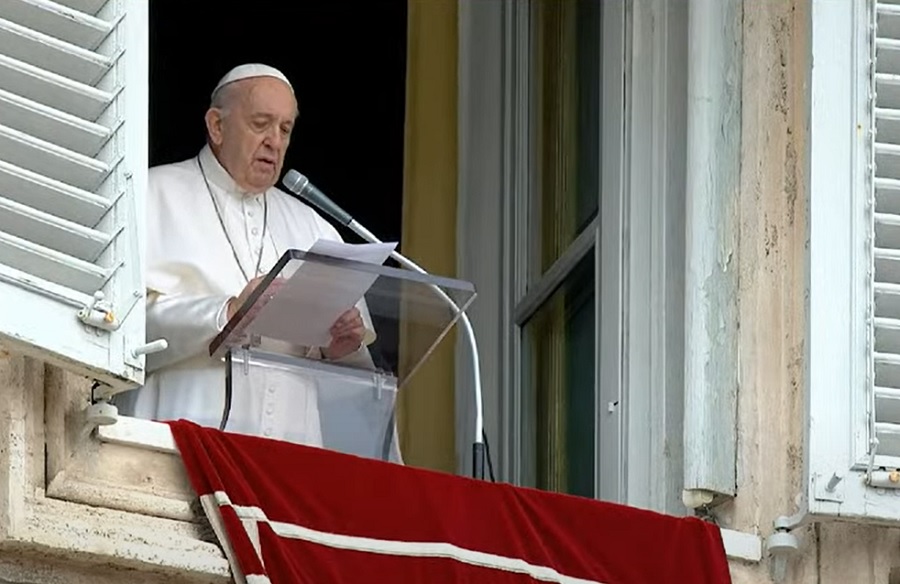 A horrible seventh day of renewed Israeli-Palestinian conflict fell on the catholic occurrence of Ascension. That is, for believers, the ascent of Jesus Christ into heaven on the 40th day after his Resurrection.

Dozens of victims, children, civilians, killed by Israeli bombing on one side. Victims killed by Hamas’ rocked on other side too. The Israeli-Palestinian conflict is unfolding with horror, nurtured by extremisms.


In seven days, more than 200 people have been killed, 192 disarmed Palestinian civilians, killed by relentless Israeli bombing on Gaza. At least 58 children have been killed by Israeli fire in Gaza. Buildings have been flattened in their dozens; 40,000 Palestinians displaced (here Al Jazeera’s reporting).

In this sad Sunday, Pope Francis’ weekly dialogue with believers gathered in Saint Peters’ square, Rome, started with the religious occurrence which is, in fact, a farewell for those who are not with us anymore. Touching for believers and non-believers alike, especially when thinking to the terrible news from Holy Land.

As usual, he then sent a message to a wider audience in the world. Not surprisingly, his message focused on plea for dialogue and peace in Holy Land. Pope Francis highlighted that dialogue and forgiveness are the only way out for Israeli-Palestinian conflict, and any other conflict.

“Dear Brothers and Sisters – His Holiness Pope Francis said – I am following with great concern what is happening in the Holy Land. In recent days, violent armed clashes between the Gaza Strip and Israel have taken over, and are in danger of escalating into a spiral of death and destruction. Numerous people were injured, and many innocent people died. Among them there are also children, and this is terrible and unacceptable. Their death is a sign of no willingness to build the future, but willingness of destroying it.”

“Furthermore, the growing hatred and violence that is affecting various cities in Israel is a serious wound to fraternity and peaceful coexistence among citizens, which will be difficult to heal if we do not open up to dialogue immediately. I ask myself: where will hatred and revenge lead? Do we really think we are building peace by destroying the other? “In the name of God who created all human beings equal in rights, duties and dignity, and called them to live together as brothers among themselves” [quoting Vatican’s Human Brotherhood Document] I appeal to calm and, to whom it has the responsibility to put an end to the clamor of weapons and to walk the paths of peace, also with the help of the international community.”

“We pray incessantly for Israelis and Palestinians may find the path of dialogue and forgiveness, to be patient builders of peace and justice, opening up, step by step, to a common hope, to a coexistence among brothers. We pray for the victims, especially the children; let us pray to the Queen of Peace for peace [Holy Mary].”

Translation of Pope’s speech by Gabriele Bonafede. Highlights following Pope Francis’ gravest tone when speaking in Italian. Transcript of the speech in Italian, with comments, here in Catholic newspaper Avvenire.