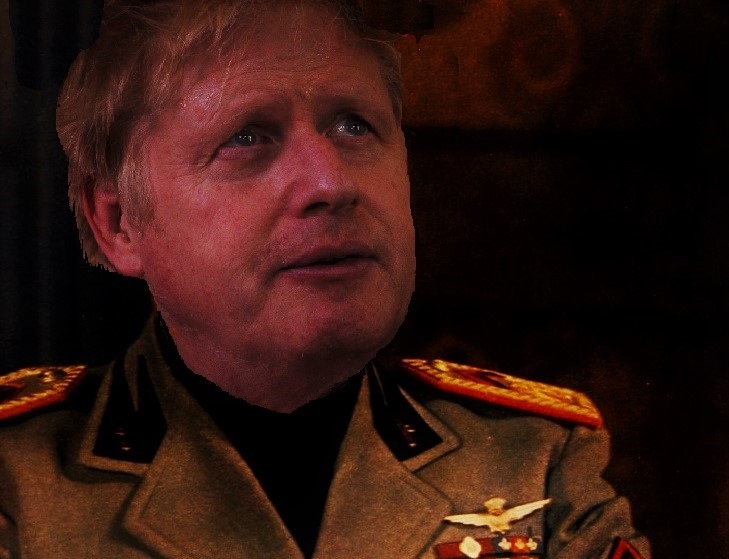 The UK fought against German Nazism and Italian fascism. Helped us Italians to get rid of fascism. It was a beacon for free trade, parliament democracy, free press and much more. Yes, it was imperialistic and racist too. But Great Britain had an undeniable role in advancing civilization.


No longer, after Brexit sent the country toward a new brand of nationalism doomed to fail. Boris Johnson is now looking for ways to keep the UK united. His government claims victories that do not exist.

And, yes, Boris Johnson is trying to create a new empire. It is his own kind of empire: a new empire based on lies. As such, it has similarities with Mussolini’s power on Italy.

Similar to Mussolini, Johnson is building his power on lies, deception and emergency initiatives – including the measures to tackle Covid pandemic.


Johnson playing Mussolini: reinventing an empire that no longer exists

Johnson playing Mussolini looks like a déjà-vu on many issues. As the Italian dictator, Johnson is bluffing with ridiculous claims backed by a diminished strength. After sending UK into deep crisis, he is making Brits dreaming about an ancient imperial might that does not exist anymore.

Mussolini built consensus by making Italians dreaming about ancient Roman Empire. Boris Johnson is recalling a more recent glory – the British Empire – with the help of countless lies, as Mussolini did for twenty years between 1922 and 1943.

Whereas the fascist march on Rome marked the start of Mussolini’s grip on a decaying Italy, Brexit is marking the start of Boris Johnson grip on a decaying UK one century later. Johnson’s rhetoric is more and more nationalist, with symbols such as Union flag displayed everywhere. The Union Jack is thus reminding the Fascio Littorio, symbol of fascist Italy united around a nationalist core.

Johnson’s foreign policy is based on bluffing and bullying, precisely as Mussolini’s approach to international relations. The Italian dictator menaced bordering powers with an unloaded gun. Italian army was depicted as a powerful one, yet it lacked modern equipment, organization and tactics. Once in the reality of war, Italian Army proved weak and useless.

Similarly, Johnson has been menacing EU with an unloaded gun when negotiating a trade deal. He menaced EU with a no-deal much more harmful for UK than EU. Johnson’s cabinet is now sending gunboats against French to deal with the fishery crisis on The Channel. It is once again a Mussolini-style bluff. An unloaded gun, soon to return with yet another diplomatic defeat.

The UK can still have a role on the international arena. And it can still ensure a bright future to British people. But only when Johnson and Conservatives-turned-nationalist will be held responsible for their bluff and lies. The sooner, the better.