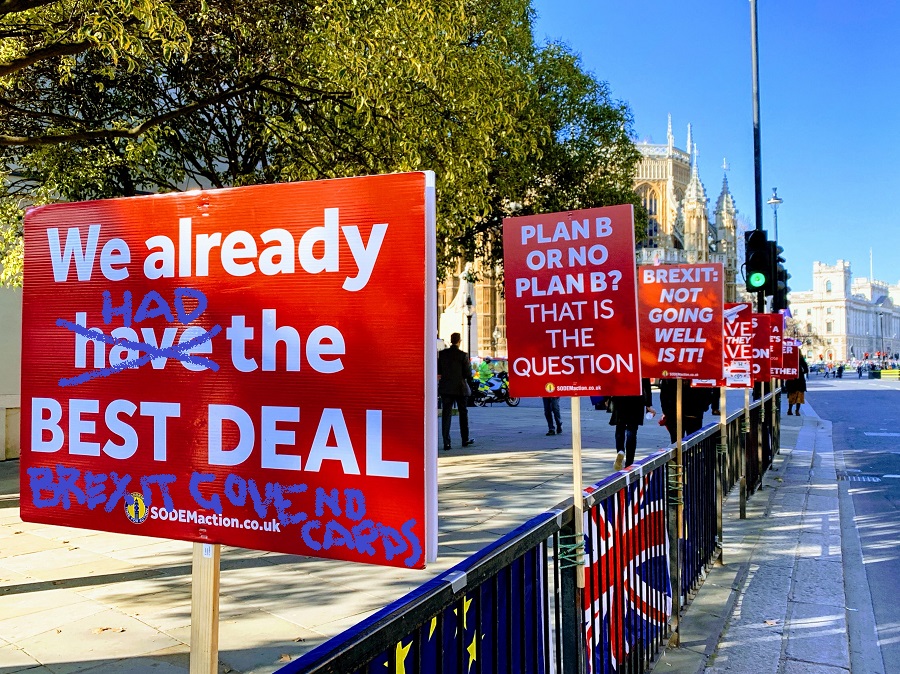 A few main points can summarize the current situation regarding post-Brexit trade agreements for UK. Firstly, with Brexit, the UK has to re-negotiate all agreements previously existing as EU member.

Secondly, at the moment, not many new agreements have been signed. Those signed so far (here), represent irrelevant trading volumes compared to UK trade, and especially compared to pre-Brexit UK-EU trade volumes. Of these, almost only “extensions” have been signed with important partners – and not all of them. As extensions, these agreements can be cancelled any time by the partner country.


Third, real new agreements so far signed, such as with Japan and Turkey, are worse with respect to previous agreements the UK had as a member of EU. For instance, the Free Trade Agreements (FTA) with Turkey is way below the partial Custom Union UK enjoyed as EU member with Turkey. This UK-Turkey FTA is a real disaster, as it left-out SMEs and many sectors/items.

It is a fairly good agreement only for large businesses of industrial sector. For sure it is worse than the agreement the UK had as an EU-member until 31st Dec 2020. Nonetheless, it has been publicized as a “success” story by UK’s government, adding a new lie on the long list.

Fourth remark, signing new Free Trade Agreements (FTAs) is a long process, especially if you want to negotiate a good agreement. It takes years, not months as Brexiteers claimed (and still claims). The result of all that is a disaster for the UK. One of the many disasters from Brexit.

Reality is that the UK does not hold any card for trade agreements. Michael Gove and many other Brexiteers lied on that account (here a video).

There are no cards in UK’s hands. There is not “upper hand” and reality is the opposite. The long story of lies about Brexit was publicized by liying nespapers, such as The Sun. At the end of this article, a video where The Sun publicized lies a year ago (March 2020).

“Brexiteer MP Andrew Bridgen tells Sun Online that Britain has the upper hand in the upcoming trade negotiations with the EU. Bridgen claims Boris Johnson’s No Deal threat will help the UK gain favourable terms in the upcoming talks. The Tory MP also praises the prospects of a trade deal with the USA and other Commonwealth countries.”

This is simply not true for the above reasons, plus the fact that the UK, once Brext got done, represents a much smaller economy compared to EU. The EU has an upper-hand not only for direct trade deal with EU, but on any other trade agreement with a third country. US, Canada, Australia, China, India, New Zealand, and all other countries have more interest in reaching an agreement with EU rather than UK.

Moreover, the UK has become a not so trustable partner. By leaving EU, disseminating lies and hate, being so dodging in diplomatic relations, the UK has tarnishd its reputation. Many countries are thinking twice when dealing with current UK government and Brexiteers in particular.

The following interview shows a long list of lies on post-Brexit trade agreements, publicized by The Sun in March 2020.