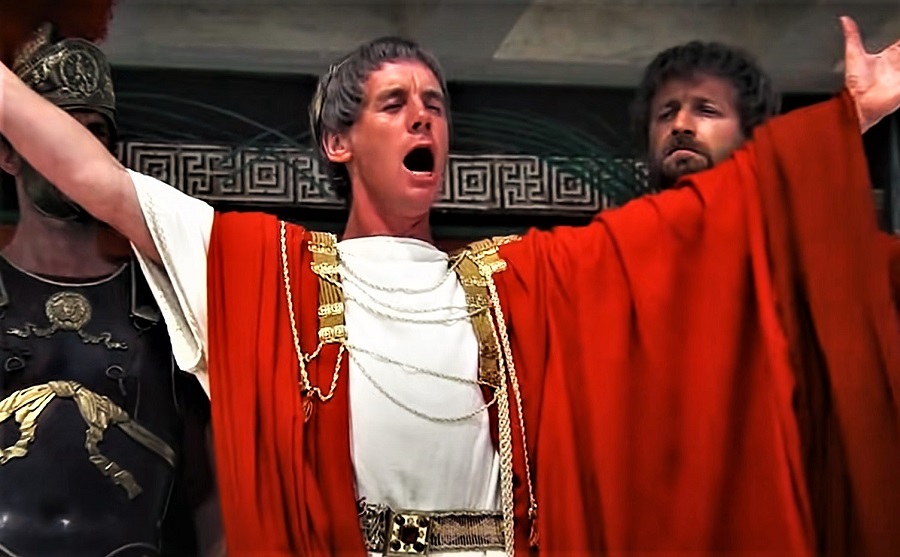 “In an exclusive interview, Ireland’s EU commissioner Mairead McGuinness told the Irish Independent the UK was “playing a very dangerous game” by inflaming tensions in the North. She reserved particular ire for Britain’s Brexit minister, David Frost, who she said was trying to “wash his hands of” and “shred” a deal he helped to negotiate”, The Irish Independent reported days ago.

“You can’t wash your hands of an agreement that you shaped and made and signed,” Ms McGuinness told the Irish Independent in an interview of June 5th 2021.

Yes, it reminds Pontius Pilate. But PM Johnson and his minister Frost do not have the biblical aplomb of the original Pontius who was used to wash problems away from his powerful hands. They look closer to two characters of Monty Python’s Life of Brian.

Their attitude is kind of closer to a renamed couple: Pontius Johnson and Biggus Frost. Claiming big concession to the people and being mocked by the reality of their irrelevant talks. Tainted by their own boldness when declaring here and there false promises and empty proclamations.

All of their proposals have been risible and unimplementable, as Brexit itself is.


Incontinentia and The War of Sausages

Did they understand it? It does not look like. Now, Pontius Johnson and Biggus Frost are launching a new challenge: The War of Sausages.

As reported by The Guardian, “Tensions rise over EU trade row with UK over sausage sales. The UK government is reportedly considering unilaterally extending the grace periods under the protocol that give businesses in Northern Ireland time to adapt to new rules – including for the import of chilled meats such as sausages and mince from Great Britain.”

Indeed, this is a Biggus’ move. Doomed to expose the lot once more to a laughing populace. Yet, in their emotional incontinence for getting Brexit done, they could go even further. Who knows? Maybe calling any Incontinentia for another great speech about anything?


Let us get an idea about next steps ahead for Pontius Johnson and Biggus Frost. With the following video.