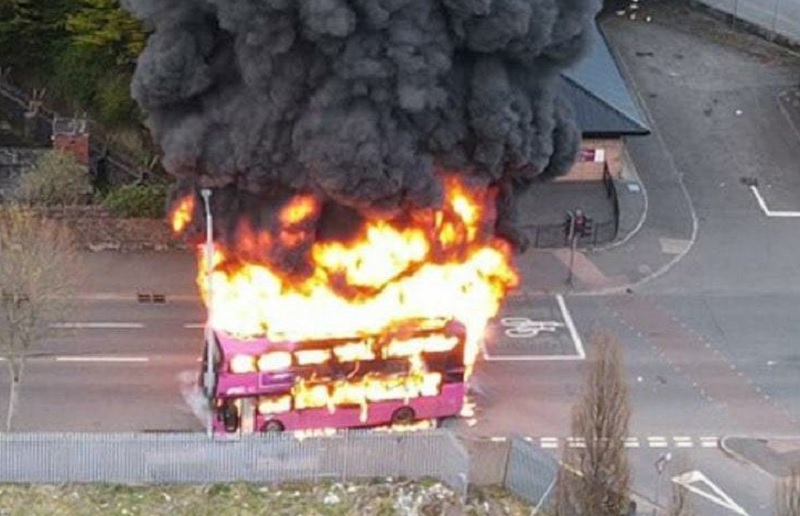 Brexiteers’ reactions to the devastating effects of Brexit keep going from ridicule to grotesque. Since March 31st, many Leavers realized that Brexit means a limitation on their own rights to move and settle across an entire continent – Europe. Yet, they keep blaming EU and fail to blame themselves.

In other words, they shot their own foot and now they are blaming the foot.

A foot that is starting to bleed. Especially in countries of UK where majority voted against Brexit.

In Scotland, independence movement is on the rise. In Ireland the bleeding provoked by bloody Brexit is getting worse by the day.

Since Good Friday 2021, the first Good Friday since Brexit got done, riots are rekindling sectarian violence.

But the DUPs are not yet blaming themselves for having campaigned for Brexit and self-inflicting this ordeal.

DUP shot their own foot and blame the foot

The Protocol has been designed to ensure that a border is not created by Brexit across the Republic of Ireland, member of EU, and NI, member of UK. DUP are blaming the riots to the Protocol, and want it scrapped from EU-UK agreement. That is, they argue, to avoid the current border emerged on the Irish Sea… because of Brexit – the same Brexit they voted for and campaigned for.

Yesterday has been the seventh night of riots in unionist areas of Northern Ireland. Dozens of police have been wounded by bands of youngsters launching Molotov cocktails and stones. A bus and scores of vehicles have been set on fire.

Instead of admitting the big mistake of voting and implementing Brexit, DUPs keep shooting at their own foot and blame the foot for bleeding. The same goes for Brexiteers across UK, who do not understand the horrific potential of Brexit impact on UK’s economy, social and national fabric, diplomatic relations and institutional arrangements – all of them hit repeatedly by Brexit.