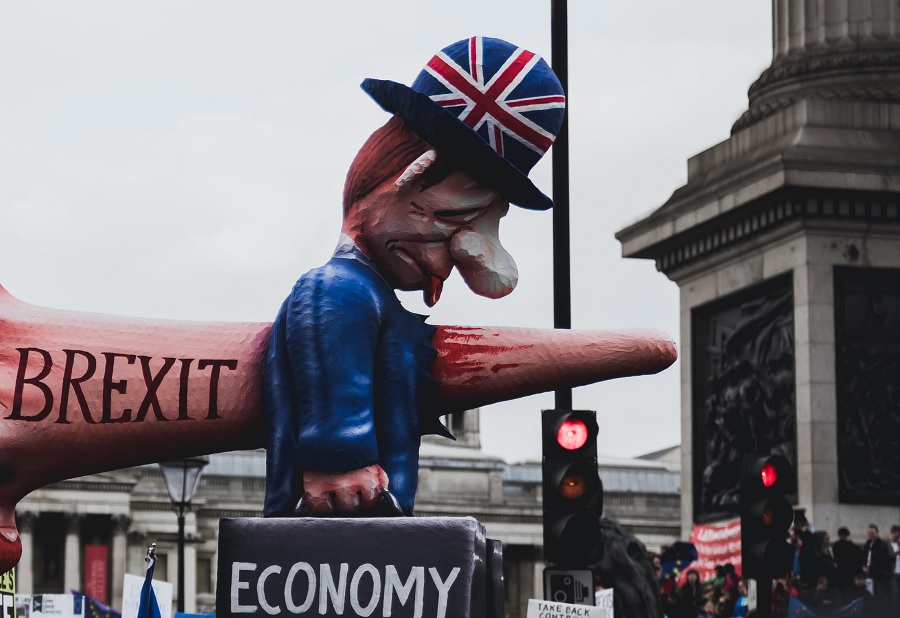 You can’t have your cake and eat it. Out of the frying pan into the fire. Look before you leap. Make a mountain out of a molehill. Don’t judge a book by its cover. The road to hell is paved with good intentions.

Many hands make light work. Don’t burn your bridges behind you. And … don’t count your chickens before they’re hatched. Don’t teach your grandma to suck eggs.

A bad workman always blames his tools. Beggars can’t be choosers. Curses, like chickens, come home to roost. Don’t bite the hand that feeds you. Don’t kill the goose that lays the golden eggs. …

Countless proverbs can be applied to Brexit and its implementation. But the most applicable to current situation are two of them: “As you sow, so you shall reap” and “A fool and his money are soon parted”.

True, UK has also killed birds with just one stone: Brexit. It has killed himself, its economy, its credibility and its unity too. At least four “birds”. Problem is, birds were UK’s own birds.

Yet, the most impressive catastrophe of Brexit is that UK is reaping disasters over disasters, hate after hate, lie after lie, after having sown hate and lies on EU and everywhere – even within UK itself. With the Brexit foolishness, UK is descending into a long-term catastrophe much deeper than the temporary recession due to pandemic.

The appalling record posted by export figures in January 2021 is only the beginning of a downhill journey to hell. Brexit, a foolish move, started very soon to part UK’s wealth from UK.

Boris Johnson is happily leading UK to hell, still backed by a majority of voters in opinion polls. And for what concerns the main party of opposition, Brexit has become a taboo not to speak about.

Yet, reality is there.

You can’t have your cake and eat it. As you can’t have Brexit without an inextricable problem for Northern Ireland, your trade tarnished and your economy falling.

So that UK got out of a – supposedly – frying pan (EU), to fall into the fire of Brexit. UK, too, should have looked to impact of Brexit before leaping into a proposal to leave EU. Yet, UK jumped nonetheless and fell into the darkness opened within the leaping span of Brexit.


Why all this misery

And why all that? Because Brexiteers made a mountain out of a molehill. They made small problems within EU a paramount issue of life or death. Indeed, UK judged a book from its cover. And trying to implement supposedly “good” intensions, paved its own way into hell. As Brexit sowed madness, madness is coming back.

Of course, forgetting that the many hands – or nations – of EU make light work. The same work now extremely heavy for UK left alone with its problems.

Any hope to come back? Hardly. As Boris Johnson’s governments are constantly burning bridges behind them, especially with EU. Still, UK government is presenting Brexit and Brexit deal as a success story and counting “benefits”. Obviously, they are still counting chickens before they’re hatched.


Any rethinking? No. With unlimited presumption, Boris Johnson’s government is trying to teach EU the art of diplomacy. A move to teach your grandma to suck eggs. Doomed to fail.

Now there are many problems. But Boris Johnsons and Brexiteers keep blaming this and that, firing appointees, and of course EU. A bad workman always blames his tools. Forgetting that beggars can’t be choosers.

Brexiteers should have been thinking to a couple more phrases of ancient wisdom. Don’t bite the hand of EU economy that feeds you. Don’t kill the goose that lays the golden eggs.