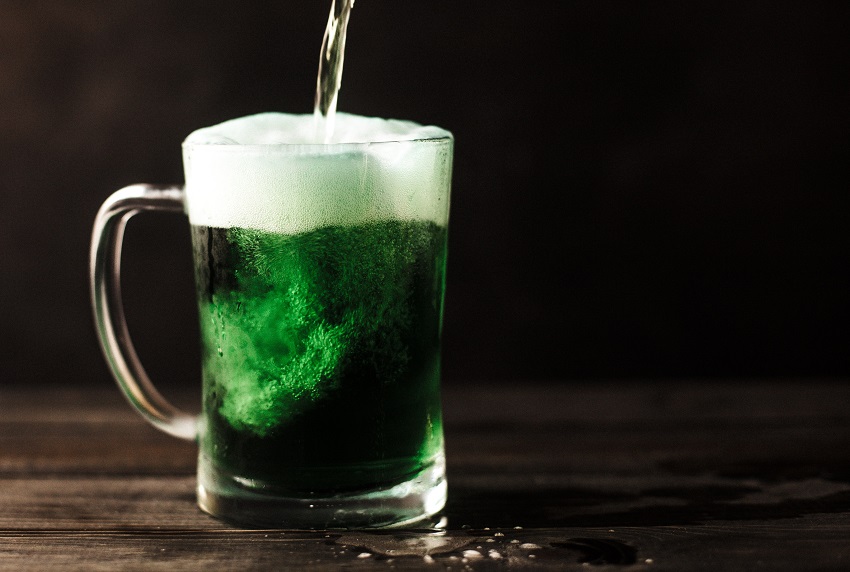 St Patrick’s Day is known all over the world, including Italy. It is the most important Irish holiday celebrated by all Irish people in Ireland and abroad.

Every 17th of March, celebrations make us remembering about Irish culture while painting our day greener, even for non-Irish people. This year’s celebrations will be reduced in scope and visibility due to pandemic, yet the day will be anyway St Patrick’s Day one way or another.

What has to do St Patrick’s Day with Italy? At a first sight, little more than a common catholic heritage. Sure, St Patrick was also of roman descent and therefore somewhat “Italian”, someone might think.

Yes, nowadays St Patrick is celebrated in Italy too, at least for what concerns the displaying of green and shamrock in pubs and bars in non-pandemic years. On St Patrick’s Day, Italians too will keep parading a spike in gathering and beer consumption – hopefully at a much larger scale, from next year on.

In fact, few Italians and fewer Irish know that St Patrick’s Day is also the Anniversary of the Unification of Italy – achieved back in 1861. This year is the 160th anniversary. Since long, Italians do not really celebrate it. Not because unification is unimportant, rather because it is considered as granted forever.

Larger celebrations occurred anyway in specific dates such as 100th (1961) and 150th (2011) anniversaries. Yearly celebrations of Italian unity occur rather on the Day of Italian Republic, every June 2nd, the day Italy ceased to be a Kingdom and became a Republic thanks to a referendum held in 1946.

March 17th is nonetheless a marking date for Italians’ history. Before 1861, Italy was fragmented in a number of regional states while the Northeastern part was occupied by a foreign power – the Austrian monarchy at that times.

Unification of Italy in 1861 ended a number of apparently inextricable national and international issues plaguing the Peninsula and, to some extent, Europe.

The word unification is not anymore so important in Italy whereas for Ireland has a sensitive meaning, especially for Northern Ireland. And St Patrick’s Day is a day of cultural unification, although with different perceptions in different places and people, within and outside UK and elsewhere.

Ironically, in this 2021 the implementation of a self-destructive Brexit by UK is pushing Northern Ireland back to an apparently inextricable national and international issue. A sensitive and troublesome one, interlocked with the meaning of the word unification.

Here, though, Italy has nothing to do with the issue except for being part – and a founding member – of the EU. The same EU that made possible the Good Friday agreement of 1998. The very agreement that ensured lasting peace for Catholics and Protestants in the Northeastern part of Ireland and beyond.

With Brexit, Northern Ireland keeps the rules of trade unified with EU but inevitably detached from the rest of UK. De facto, a border is now emerging on the Irish Sea, whether unionists like it or not. This border emerged precisely because of Brexit.

In fact, being part of EU permitted UK having Northern Ireland unified with UK as well as unified with the Republic of Ireland: precisely under the EU umbrella. Worryingly, that unifying umbrella for both sides does not exist anymore because of Brexit.

Something to do with Italy again? The answer is yes.

Italy as a unified country is granted too by being part of EU, at least for what concerns a few regions. Not many British and Irish are used to consider that Italy has regional specificities. But they do exist.

For instance, the region, or “provincia”, of Alto Adige – or more precisely South Tyrol – is Italian. However, it has a German-speaking majority and a large autonomy. Is South Tyrol unified with Italy as long as Italy is under EU umbrella? Probably. An “Italexit” might pose locally-fueled questions about what country South Tyrol belongs to. Other Italian regions have similar specificities, not necessarily linked to the nearby presence of larger national entities and related cultural heritages.

Being part of EU has been a guarantee for peripheral regions to be unified with the relevant national entity, Italy, and with the relevant international one too – European union. There are many examples around Europe. Starting with Catalunya, you name them.

This is one of the many reasons why Brexit is an epochal disaster for UK, and Northern Ireland unionists in particular. Should UK rejoin EU in the future this problem would disappear again, probably overnight. Ironically, DUP advised to vote for Brexit and so self-inflicting a unionist disaster.

May St Patrick Day 2021 bring a glitter of wisdom and a full glass of common sense to everyone.