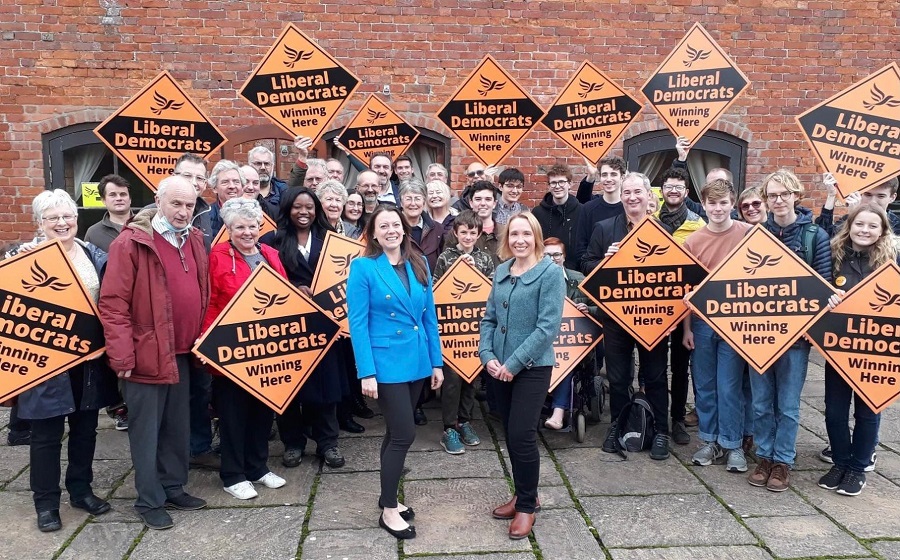 Boris Johnson’s’ government is in trouble. And not only for the countless lies and scandals unfolding at increasing pace. Not only for the wrecked UK ship hit by Brexit folly and pandemic mismanagement. Now, the electorate is punishing Conservatives even in their strongholds.

Greens fared well, from 3.2% to 4.6%, while Liberal Democrats gained from Labour too. The vagueness of Labour’s policy is confirmed as a losing stance, with a loss of more than a half of voting share: from 22.1% to 9.7%.

The fact is, North Shropshire was a stronghold of Brexiteers, with 60% of the vote for Leave in the wretched 2016 Referendum.

It looks like Leavers of both Conservatives and Labour have now changed their mind in droves. Johnson was elected to get Brexit done and he did – with catastrophic results further amplified by a calamitous management of the Covid pandemic.


“This result – he added – is a watershed moment in our politics and offers hope to people around the country that a brighter future is possible. Millions of people are fed up with Boris Johnson and his failure to provide leadership throughout the pandemic, and last night the voters of North Shropshire spoke for all of them.”

While Johnson will celebrate another sour seasonal party at 10 Downing Street, Davey can joyfully celebrate his 56th birthday, coinciding with next Christmas day – 25th December 2021. And he is right to celebrate, as this by-election confirms previous cheerful trends for the Liberal Democrats.

“This is the Liberal Democrats’ second stunning by-election win from the Conservatives this year. The party is over for the Prime Minister. Boris’ bubble is well and truly burst”, commented the LibDem official account in Twitter.

LibDem celebration on Facebook official FB page reads: “Liberal Democrats WIN North Shropshire. This is a stunning victory in what was one of the safest Conservative seats in the country. This sends a clear message to Boris Johnson: The party is over. Congratulations Helen Morgan MP and thank you to all our volunteers and members!”.

The results spell a Pompei-style shake up in political terms and as “seismic” as described by many political analysts. The polling expert Sir John Curtice has described the North Shropshire by-election result as a political earthquake: “If the Richter scale is up to 10, it would register an 8.5” he said at BBC Radio 4’s Today programme this morning.

“While the result was not quite unprecedented, the precedents are not comfortable for the Tories. A 34-point swing from the Tories to Lib Dems since 2019 in the seat is comparable only to the Christchurch byelection in 1993 at the end of a parliament that saw the Conservative government fall to the landslide of Tony Blair’s New Labour.”

Conservatives had won North Shropshire seat for 200 years. They now lose it thanks to an effective LibDem campaign and a candidate for the worst UK government ever: the “get Brexit done” Johnson’s government.