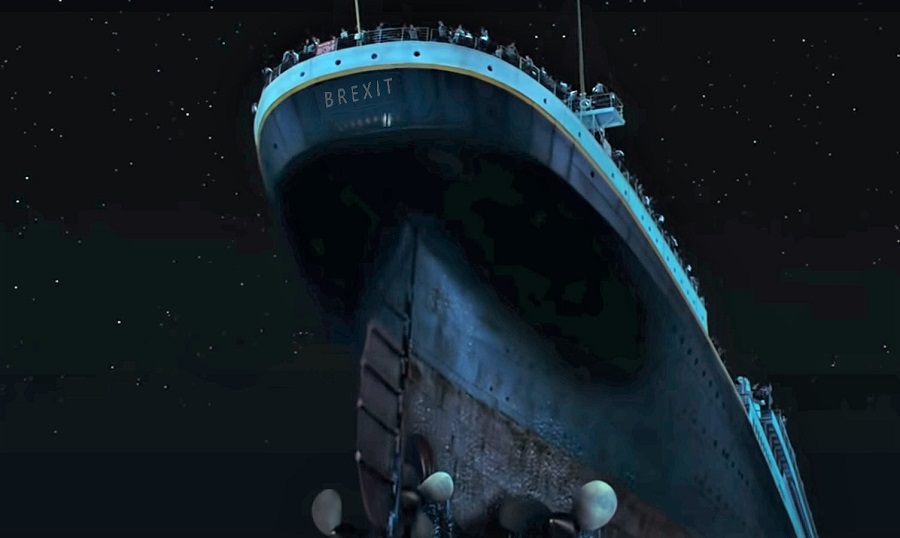 These are tough times for Brexit and Brexiteers. The Brexit ship is sinking in an ocean of problems, while sacking and betrayals among Brexiteers are damaging the UK government. Not only Dominic Cummings or Matt Hancock have been looking out for themselves amid reiterated feuds, but Northern Ireland Brexiteers too.


First Mrs. Arlene Foster, then Edwin Poots, now Jeffrey Donaldson, every man – or woman – is out for himself. Abandoning a sinking ship, a doomed wreck.

Yet nobody will concede, preferring to sing the usual mantra: “it is all the EU’s fault”.

Amidst the inevitable sinking, the England football team is going to play the final for Euro 2020. Thus, the sinking Brexit orchestra is playing louder and louder.

Covid Delta cases are swamping Britain, but the UK government orchestra is playing an old refrain: end of lockdown, everyone for himself, NHS, save the Queen – and the nation.

The United Kingdom might still be floating, one way or another. Boris Johnson and his Brexiteers’ cabinet can still cheer at football successes. But Brexit, the B-word, is not anymore on the lips of Brexiteers for a longtime.  It is a disaster on all accounts. It is a sinking wreck as it was doomed to be since the very beginning – back in 2016.

England, which is not Wales, nor Scotland, may well win the Euro 2020 championship. But on the day after, reality will strike back with all its icy waves. It is an ocean of problems, starting with inflation, empty shelves, institutional crises, unpicked crops, supply chains disruptions, food shortage, financial and economic distress.

The Brexiteers’ orchestra is right to play at its best because time will soon be up and Brexit reduced to a sunk wreck laying at the bottom of history.