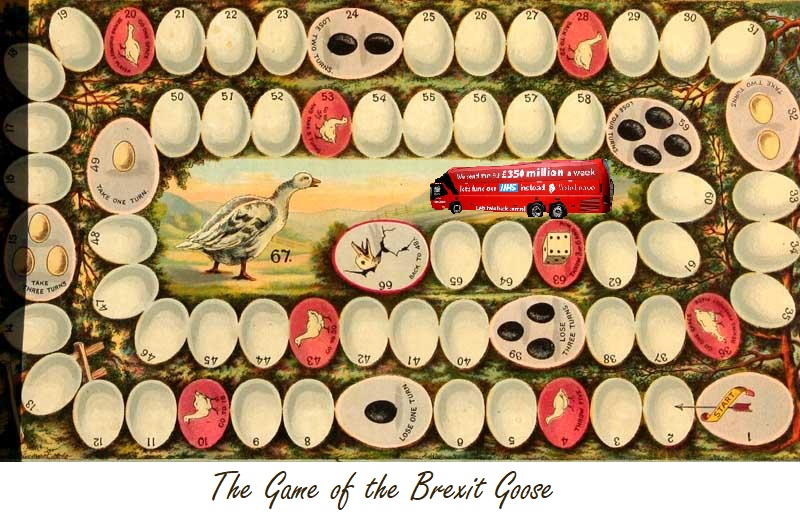 Lord Frost is now warning EU that the UK could soon take drastic action over the Northern Ireland Protocol, which, in turn, is a guarantee to avoid violence and discord in Northern Ireland. 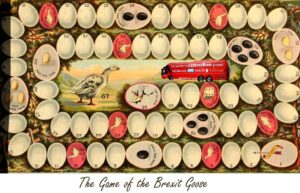 To put it in a simple way, Brexit and Brexit deal are back to the starting point, at least for what concerns Northern Ireland. The Brexit Goose fell on a black-eggs space while playing the Game of the Brexit Goose.

In reality, the Brexit Goose fell on a black-eggs space also for what concerns the fishing industry, British nationals in EU, EU nationals in UK, exporti and red tape, independence of Scotland. and many other issues,


The Game of the Brexit Goose and Northern Ireland

Let’s then start from the starting point for what concerns Northern Ireland. When Brexiteers campaigned for Brexit they said that exiting EU would have yielded back 350 million a week. To reach this fairytale objective, UK had to overcome a number of obstacles. First, winning a referendum. Then, to invoke article 50 of the Treaty of EU. Then negotiate practical matters arising from the fact that Brexit was to be implemented. Finally, proceeding to implement Brexit.

It turned-out that practical matters to implement Brexit were very complex. Particularly complex for what concerns the status of Northern Ireland.


As the third – theoretical – option is a non-Brexit one and the first solution would be horrifying for everyone, the Northern Ireland Protocol has been included in the Brexit deal between UK and EU. This protocol states precisely that the second option is anyway to be applied – no border between Northern Ireland and the Republic of Ireland. It is as simple as that. Simple as the Game of the Goose, or, to be precise, The Game of the Brexit Goose.

That is, if you cancel the Northern Ireland protocol or “take drastic action” – such as not applying it – you go back to the starting point. This is precisely what Lord Frost is suggesting.

Good luck with dices for the next negotiation round.