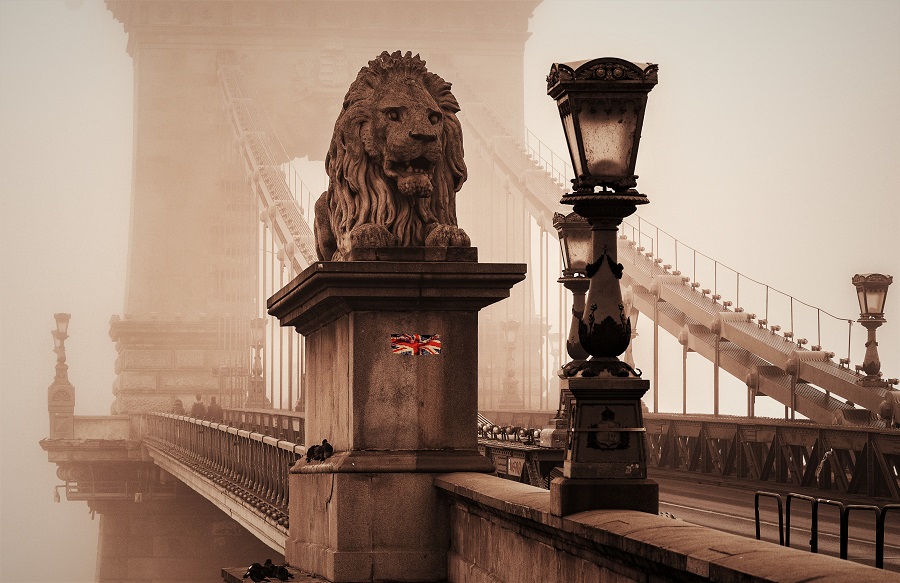 Brexit transformed the United Kingdom in a sort of Disuniting Kingdom. Disuniting within itself, as Scotland and Northern Ireland problems keep worsening, and disuniting for what concerns EU and the entire world’s diplomacy.

It is therefore not surprising that UK’s PM Boris Johnson is set to meet another divisive PM – Viktor Orbán from Hungary. And it is not surprising that Orbán will be the second PM meeting Johnson in a post-Brexit UK, after a summit with Irish PM on NI protocol. It is coherent with Johnson’s desperate effort to divide EU.


In fact, the meeting Johnson-Orbán is the result of post-Brexit diplomatic isolation of UK and it will push UK further into isolation.

Orbán is himself isolated with EU as a result of a long series of efforts to please Russia and China.  He constantly attacked EU’s values about freedom, justice and human rights. Orbán is a fierce critic of Joe Biden and an ally of China, with a strong attitude for pleasing Russia too.

The meeting is of course a finger on the eyes of US, EU and even the would-be partners of Pacific, including the most important ones for UK: Australia, Japan and New Zealand.

As reported by many newspapers, Johnson-Orbán meeting is very much harmful on liberal democracy values and beyond. The London Economic reports the seven main points highlighted by a letter from Zarah Sultana, Labour MP for Coventry South.

She tweeted: “Boris Johnson is set to welcome Hungary’s far-right Prime Minister, Viktor Orban, to Britain tomorrow. He should not be welcomed here. His antisemitism, Islamophobia, attacks on migrants & other minorities must be challenged. My letter to the Prime Minister”.

In the letter, she writes: “I urge you to cancel the plan to welcome him to Britain. He should instead be challenged for his long and shameful record, including: (1) His frequent use of anti-Semitic conspiracy theories against George Soros, a Holocaust survivor. (2) Praise of Admiral Horthy, Hitler’s ally in Hungary, who was partly responsible for horrific crimes of the Holocaust in the country. (3) Authorities’ consistent targeting and harassment of Jewish groups and organisations, like the Aurora community centre in Budapest. (4) Description of refugees as ‘muslim invaders’ and migrants as ‘poison.’  (5) Legislative assault on LGBT rights. (6) Refusal to obey court rulings to pay compensation to wronged Roma children. (7) Attack on democratic rights and civil liberties.”

Liberal Democrat leader Sir Ed Davey had written to Mr Johnson to outline 10 challenges the Prime Minister should have put to Mr Orban during their discussions. Among these, Sir Ed called on the Conservative Party leader to question the Hungarian prime minister on his links with Russia, his attempts to silence critical media outlets and for failing to hold “free” elections.

Ed Davey said: “We are extremely concerned that you have chosen to invite Prime Minister Orban to Downing Street. Orban’s rule has been marked by a sustained assault on Hungarian democracy, on press freedom and on human rights.”

The description of Orbán “achievements” by Wikipedia provides further insights on the Hungarian politician: “Under his leadership, Hungary has experienced democratic backsliding, shifting towards authoritarianism. Orbán’s populism, social-national conservatism, soft Euroscepticism and advocacy of what he describes as an “illiberal state” have attracted significant European and international attention and criticism. As a result of Orbán’s political conduct, Fidesz [Orbán’s party] was suspended from the European People’s Party from March 2019 until March 2021, when Fidesz left the EPP after its new statute strengthened the commitment of constituent parties to respect the principle of rule of law”.


Who cares about corruption?

A meeting to boost anti-corruption policy? Someone has been incredibly talking about this reason for a Johnson-Orbán meeting.

That is quite odd with reality, since Hungary’s management of EU funds under Orban has been particularly murky. Not to mention Orban’s nepotism in managing state funds.

Both leaders repeatedly demonstrated that corruption and mismanagement are not at the top of their agenda, to put it mildly. They share, too, appalling records of death toll due to pandemic, and much criticised anti-Covid measures. Hungary currently shows the highest Covid death rate per population in the world. Johnsons’ cabinet actions on Covid pandemic have been fiercely criticised even by his former leading advisor, Dominic Cummings.

As pointed out by Ian Dunt on Politics, “Orban attacked the judiciary. A National Judicial Office was established with extensive power over judicial appointments and stuffed with Fidesz [Orban’s party] loyalists. The judiciary was purged of anyone who would stand up Orban. Older, respected judges, who might have the confidence to stand firm against the government, went first.”

Talking about leading a united opposition that fights corruption is really a mockery, at best.

How the free world will react to Johnson-Orbán meeting is easy to guess. There might be phrases of circumstances, yes. But the bottom line is that, excluding China and Russia, UK will be even more isolated in the international diplomatic landscape. US cannot be pleased by such a meeting, especially in current circumstances regarding China. This will make negotiations for trade agreement between UK and US all the more difficult and souring.

Relations between UK and the EU will likely hit a new low, after months of post-Brexit quarrelling. The Johnson-Orbán meeting seems designed precisely to divide and weaken EU. The meeting shows that UK’s PM is frontally attacking the very foundations of European Union. Expect talks on Northern Ireland, Scotland independence, fishing industry, financial services – and many other open issues – grow more unpleasant still.


Within NATO’s relations the meeting cannot come at a worst moment. Orbán has many times demonstrated that his participation to alliance is only nominal and practically harmful. He has been systematically standing on China’s and Russia’s sides on most important issues, including the situations in Belarus and Ukraine.

Nor, as mentioned, UK relationship in liberal democracies on the Pacific and with Canada will improve. And that is coming precisely when a Brexiteers government is trying to sell self-harming trade deals in Pacific area as “successes”.

The Johnson-Orbán is a divisive meeting amid diplomatic isolation of both countries. It should have been avoided. But it is the obvious path for current UK’s government still attached to the foolishness of Brexit and its forecastable consequences. A path toward isolation and a grim future for everyone inside and outside UK.