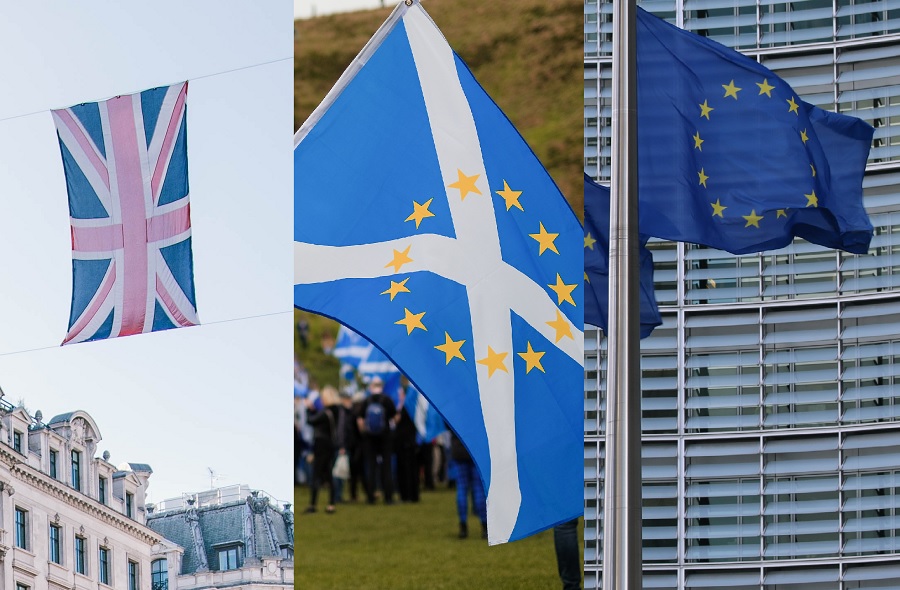 As correctly commented by The Economist, the elections in Scotland are leading to a long institutional crisis within UK: “long Anglo-Scottish stalemate is likelier than separation”.

“… whether the Scottish Parliament, whatever its composition, has a political or legal right to organise a referendum is a matter of dispute. The Scotland Act, which underpins devolution, stipulates that the 314-year-old union of England and Scotland is the exclusive preserve of Westminster”, The Economist reported in an article published on May 8th 2021.  (‘Nicola Sturgeon’s nationalists retain power in Scotland’).


The Economist’s brilliant analysis helps to clarify the institutional crisis in which the UK has been dragged-in by Brexit. Yet, the weekly magazine fails in reckoning two fundamental facts. The first, is that this dangerous stalemate comes from Brexit and the foolish posture of current UK’s government. Astonishingly, the article does not even mention the word ‘Brexit’, which is the very matter of all.


The huge difference between participative and imposed Unions

When the UK decided to implement a referendum to leave EU, Brussels had no power, nor willingness, to stop it in any way. The EU is a participative Union where members can join as long as they satisfy access requirements, and can leave any time. Any member can leave and the EU has no right to stop that member leaving the Union. Of course, when a EU member leaves EU, it does not have anymore access to privileges of being in EU.

On the other hand, members of the UK – such as Scotland or Wales – cannot leave the UK without consensus from the UK. More precisely, a UK’s member cannot leave without consent from UK’s governments which, in turn, are elected with an electoral system that does not care a straw about minorities.  Whilst the EU electoral system grants participative power, strong electoral weight and decision-making power to small countries and minorities, the UK does not. This is the huge difference between participative and imposed Unions.

Moreover, when the UK was a member of EU, rights of smaller nations within UK were protected by the participative mindset governing the EU. No longer, once the UK left EU. As we see in Northern Ireland, Scotland and Wales, the UK is becoming more and more with a pyramidal and imposed institutional structure where the largest member (England) can impose decisions against the will of smaller members.

Effects can be catastrophic for the UK. Conservatives of the UK and Scotland should think twice before stopping Scotland deciding the way scottish people want.