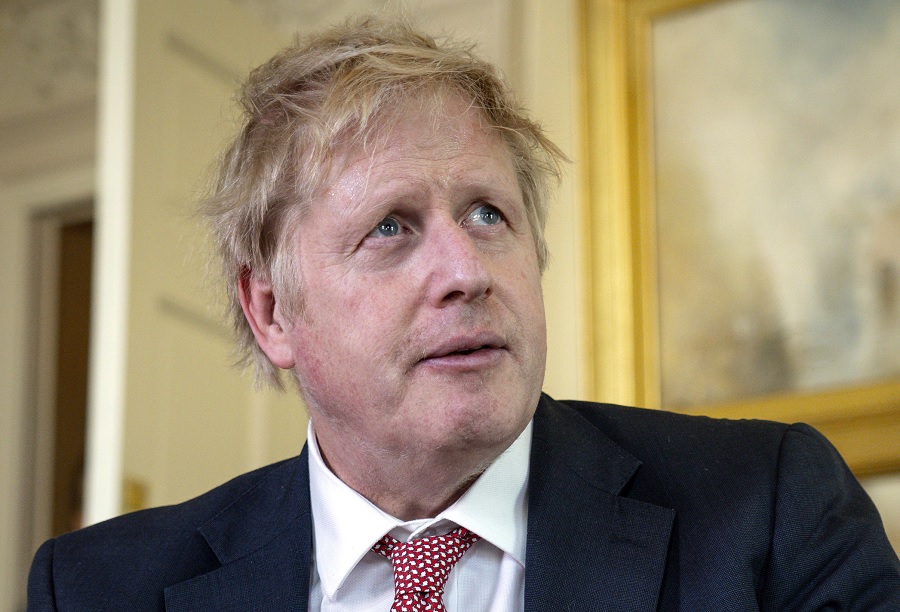 PM of the United Kingdom is finally understanding that creating borders will create borders. He is insisting that the new border created by Brexit on the Irish Sea should be “a soft border” or controlled with “a light touch”. A control with “a light touch”…  That means, maybe, to eliminate the border that he contributed to create by creating borders via Brexit. Does it?

“What we are doing is what I think is removing the unnecessary protuberances and barriers that have grown up and we are getting the barnacles off the thing and sandpapering into shape”, he said. He thinks too.


PM is therefore trying to eliminate that border, or making it a “no-border”, even though, he is bordering the ridiculous in the process.

For Brexiteers, understanding simple concepts does not seem to come so easily (here an example). It therefore took four to five years to understand that borders created via Brexit are part of a process where borders get created. Where these borders should be created? Well, not between Northern Ireland and the Republic of Ireland, as everyone agrees. This is why there is a NI protocol protecting the Good Friday agreement and peace.

But if you want to create a border between EU and the UK you have to put it somewhere. Thus, PM decided to negotiate with EU saying to EU that the border will be somewhere but not between Northern Ireland and Ireland. Knowing that a border will be there nonetheless? Who knows?

At the same time, he kept saying to NI’s Unionists and UK citizens, that the border will not be on Irish Sea or anywhere else. Of course, saying, too, that there will be a border between the UK and EU, because Brexit is designed to create precisely that border.

When getting Brexit done, he simply accepted that a border between the EU and UK will be located somewhere – but not between NI and The Republic of Ireland. Therefore, on Irish Sea? Who knows?

After all that, did he realize that creating a border between EU and the UK  –  which is not between NI and the Republic of Ireland – means createing a border on the Irish Sea? Maybe.

After his careful studying on the meaning of creating borders, he finally realized that there is a border between the UK and EU and therefore a border on the Irish Sea.

This means that PM is understanding that creating borders will create borders. It comes from the observation that drawing a line will result in a drawn line. Maybe it comes, too, by an explanation showing that a sinking ship will result, after a while, in a ship finding herself sunk.