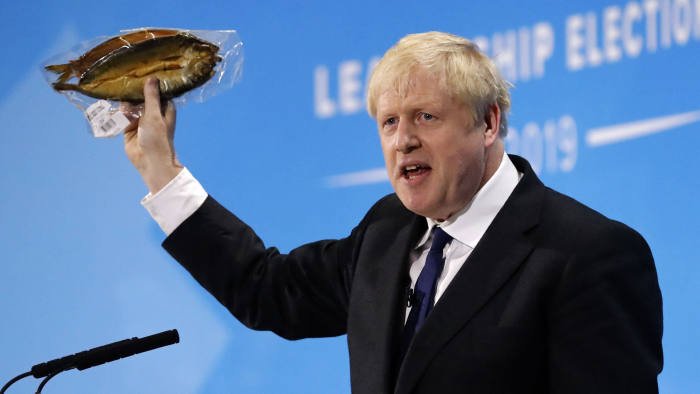 Brexit – the third-millennium’s madness. Just one month since implementation and it is much worse than expected. Damn! How come?

Post-Brexit trading between UK and EU is simply a nightmare. Just as those approaching at night after eating way too much of 100% British chips and fish.

Rotten food is piling-up as it cannot be shipped in time. Companies, even the best prepared, are facing overwhelming difficulties. Shipping time is getting extended, with an appalling impact on UK economy.

Yet, a glimpse of hope is maybe getting closer.

It is a particularly interesting evolution of Brexiteers’ thinking. A new rational that may be leading to propose a simplification of bureaucracy – besides providing advice.

Time is money, and every longer journey to ship goods is a cost. A huge cost, it seems. Red tape is very costly, then. This is the problem. Therefore, the Brexiteers are now thinking on how to solve problems caused by longer shipping time.

In fact, trade costs for certain goods could be reduced by eliminating time-consuming processes – Brexiteers might reckon. Time-consuming activities such as producing export/import papers, stamps and so on, are problems to be solved as quickly as possible.

Reducing all those cumbersome rules applying when trading with EU in a post-Brexit environment would definitely solve problems.

In fact, to solve problems created by paperwork and other unplanned non-frictionless occurrences, UK and EU could just eliminate border-controls.

Well, at this point, why not eliminating borders. This would improve everyday life even more. For instance, by making the world become “as if” there is no difference between before and after Brexit.

Wait! Who is going to control whether or not rules don’t change on the EU side?

Fine. Let’s solve problems. There could be a temporary UK’s personnel commission controlling on EU’s decisions from time to time. Or, better, a permanent team – or a board – controlling such possible an inconvenience. That would help to keep solving problems process being virtually continuous.

Actually, it is better to avoid that this board of representatives is appointed. This team, or board of representatives, should be elected and not appointed. So, that, the board could represent different UK’s political views – and, why not, also different EU’s political views. A board that can intervene in an assembly, usually called Parliament, to act on the interests of both UK and EU.

Which, in fact, is getting UK back in EU.

Maybe, that would solve problems.

Brexiteers are finally reinventing the wheel. An overview from Italy