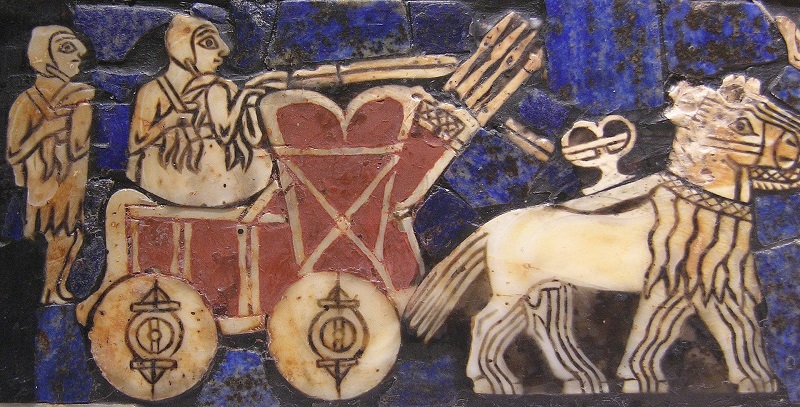 Proverbs and idiomatic phrases take often different forms in different cultures. This is clear in the case of “reinventing the wheel”. In Italy, we would rather say “discovering hot water”, or “discovering America on a geographic map”. After all, we Italians are famous for being good at cooking. We are also known as fairly good geographers and travellers discovering continents for the sake of others.


It happens, now, that the disastrous effects of Brexit are being reckoned by many Brexiters themselves, starting by fishermen. Brexiteers are finally reinventing the wheel, as Brexit time is rolling over their head and living standards.

Well, maybe Brexiteers are in fact discovering also that if you warm water up, the water will end by being warmed up – and up to a point when the same water will be hot. Just as the wheel can wheels over along with time and space, as long as it is round and not squared – possibly.

In fact, also America can be discovered in such a way that an US President – even a hot one such as Trump – could end his term in just four years. And that a new president may be well aware that Brexit does not work, just as the wheel was maybe invented long ago.


Yet, Boris Johnson and his government seems to be unaware of wheel, hot water and the existence of Biden’s America. Unless someone finally provides him with evidence, such as a Toyota car equipped with wheels in a pre-Brexit British factory. And maybe also spaghetti with fresh Italian tomato sauce – cooked in hot water by a Brexiteer in a British pre-Brexit restaurant.

And, why not?  A Non-Flat-Earth geographic map with clear distances measured between UK and Europe versus UK and US – or New Zeeland – would help too.

Common Brexiteers, though, are finally reinventing the wheel. At least to be able to catch happily speaking Brexiteers fish – and sell them to be cooked in friyng oil or hot water by Italian restaurants in EU and UK alike.

Here, a video report with scientific evidence on how Brexiteers are finally reinventing the wheel. A few millennia after human beings started to think about it.

On cover, a depiction of an onager-drawn cart on the Sumerian “battle standard of Ur” (c. 2500 BC). By Anonymous – http://www.alexandriaarchive.org/opencontext/iraq_ghf/ur_standard/ur_standard_8.jpg, Public Domain, https://commons.wikimedia.org/w/index.php?curid=9882113

Pictured with text: Portrait of a Man, said to be Christopher Columbus. By Sebastiano del Piombo – This file was donated to Wikimedia Commons as part of a project by the Metropolitan Museum of Art. See the Image and Data Resources Open Access Policy, Public Domain, https://commons.wikimedia.org/w/index.php?curid=27554267