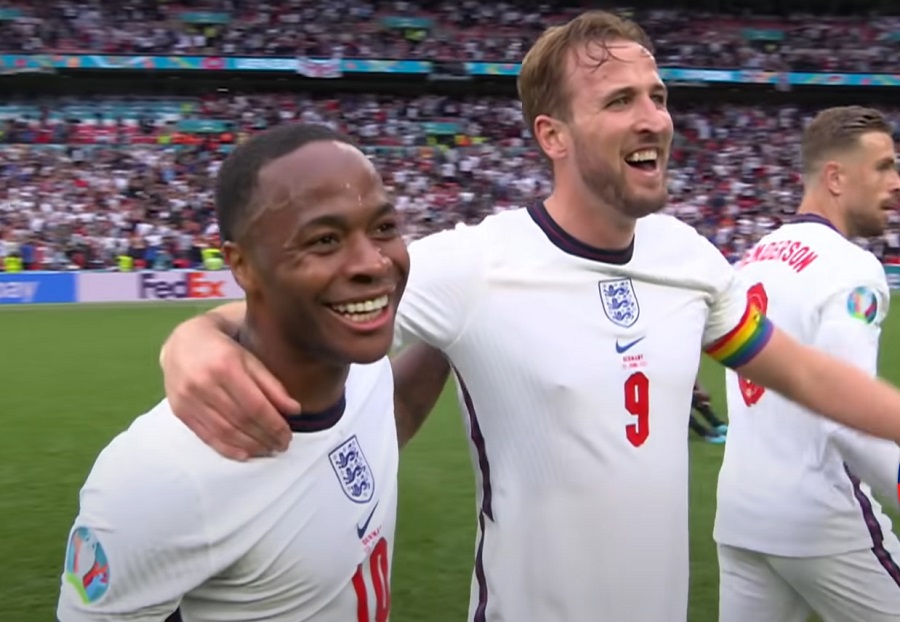 Whoever will win between England and Italy, a progressive Europe will be the winner anyway

What does England’s football team represent today? Without a doubt, convincing and successful performances of a football national team entice one into some kind of political “ownership” or, at least, the political use of it. This is especially true in today’s Britain – or to be precise, England.


Since the Brexit referendum, the UK is still deeply divided and this is reflected in a competition that, by its very name and symbols, is pretty much “European”.

This is the case even if Euro 2020 included national football teams well beyond EU and also outside the geographical boundaries of Europe.

In Euro 2020 there have been the national teams of Israel, Turkey and even of Caucasus and Central Asian countries (Kazakhstan). The final phase has been played as far as Baku, on the shores of the pretty much “Asian” Caspian Sea in Azerbaijan.

Yet, a robust symbolic “Euro” umbrella does exist.


England vs Italy and Europe

With England at the core of the Leave vote and the accompanying xenophobic, nationalist and even racist background that is integral to Brexit, the UK’s internal divide is in sharp contrast with a European unity never seen before. Post-Brexit UK is a deeply divided set of nations while Europe is becoming more and more united. This weekend, Europe is united around the tricolore flag of Italy.


England will play against Italy in the final of 11 July, Sunday night. It will be a football match with a very difficult adversary, only in part for the astonishing quality and successes of the current Italian football team.

Italy is a country led by the most pro-EU Italian PM ever, the former ECB President Mr. Mario Draghi. In addition, Italy as a country – and as a national football team – is appreciated everywhere, even in Russia, not a pro-EU country normally.

Not surprisingly, Italy has already won the sympathy of an entire continent plus large swathes of supporters within the British Isles themselves. In Wembley there will be supporters of England numbering in the many thousands, but there will be many non-English in the Stadium – from a multicultural London – who will back Italy.

There will be many who have both English and Italian heritage and, in many cases, they will choose to support Italy.

The Squadra Azzurra will have even stronger support from TV viewers across Europe and beyond. Virtually 100% of Europeans will back Italy, including most of Spaniards, French and Germans, despite their long rivalry with Italy.


England at Euro 2020: a multi-cultural and European team

Yet, the English football team of Euro 2020 is very much of a multicultural and a “European” brand too. It is much more multicultural and much more progressive than Italy’s team, not only for the massive presence of players with non-English parents or ancestors.


Gareth Southgate has selected and shaped a group of golden boys playing with multiracial backgrounds. In so doing, he created the best England team ever. These qualities will be remembered for a long time, even in the event of a defeat against Italy.

Little remains of the old monothematic way of playing English football. Southgate has been able to pass to the English players the Italian, Spanish, German and French football teams’ specialties.

He built a solid Italian-style defense – and something more – while also instilling the art of Spanish tiki-taka and German midfields’ concreteness.  He produced, too, an eclectic team of multifaceted specialists similar to the best French teams ever existed.

The English team for Euro 2020 is the most European ever. It is the offspring of a group of nations, rather than a single country. In one word, England’s most important asset is its diversity and a progressive and eclectic method.

Therefore, whoever will win between England and Italy, a progressive Europe will be the winner anyway.


A progressive, open minded team on social affairs too

England’s football team’s views on social issues have been clearly stated as its playing style. The kneeling gesture has been projected from the beginning of this competition. English players have been shown to be united in supporting Black Lives Matters movement, LGBT rights and human rights in general.

They have shown a progressive view of society, embracing multi-culturalism, open society as well as European and pre-Brexit UK’s values alike. In that, they took side against bigoted decisions made by UEFA itself. For instance, England’s captain Harry Kane has been wearing his band with the colors of Pride and Peace flag during the match against Germany (pictured on cover with Sterling). That was the best answer to UEFA’s refusal to light Munich’s Stadium with the same Pride colors in the previous match Germany vs Hungary.


In all this, Gareth Southgate has been strongly supportive. He did so from the beginning of the competition with a great public letter the day after his team was booed by English chauvinist gammons while kneeling.

“For the millions of people who have tuned into this tournament, those divisions are unlikely to matter. When they watch England play, they see a team that has found strength in its diversity, its compassion, and its progressive patriotism.”

“It’s clear to me that we are heading for a much more tolerant and understanding society,” Southgate wrote in his letter, “and I know our lads will be a big part of that”, as  Yasmeen Serhan reported in an illuminating article on the Atlantic (What Euro 2020 Has Revealed About Englishness).