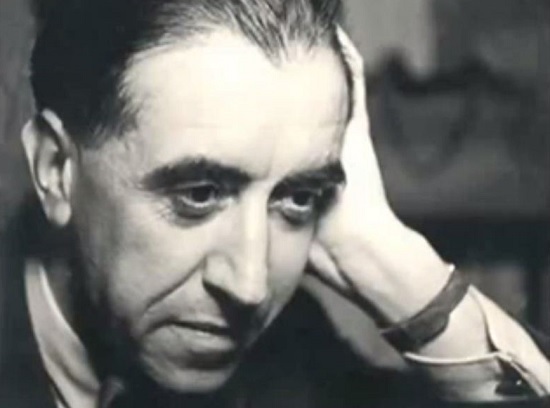 «The world has contracted before our eyes until it truly appears (…) a small flowerbed: and when a conflict breaks out in some part of it, every people is now forced to realize that war is there, at its gates. The house is so cramped that it is no longer possible to light a fire in one room without the whole house being set on fire. This terrible closeness that now involves the whole world in a single destiny of salvation or destruction, is felt by everyone, even by those who oppose or mock federalism: who know well that, if mankind does not want to perish first by suicide (the weapon is already loaded), the ultimate goal can only be the World State».


So wrote Piero Calamandrei in January 1949 in the Presentation to Italian readers of the “Preliminary Design of the World Constitution” published two years earlier in the United States by the Sicilian writer Giuseppe Borgese in collaboration with other American intellectuals. The American edition had the Foreword by Thomas Mann.

What does the shrinking of world mean in institutional terms? What about the nation states? Is it possible to face the shocking novelty of our age by raising walls and closing ports? Or by leaving EU and creating new borders and trade barriers?

The answer is no.

It would be as if – in eighteenth-century England – it had been possible to stop the incipient industrial revolution by destroying the mechanical looms. Impossible.

Borgese’s pioneering and farsighted work gives us several suggestions to tackle this difficult problem. There has been a lot of talk about it in recent months, and in particular I participated in the debate at the University of Palermo last year (2020), with Sabino Cassese, judge emeritus of the Italian Constitutional Court as well as essayist and columnist for Corriere della Sera, and Guido Corso, professor emeritus of Roma Tre, Italy.

As a contribution that I made to the discussion back then – and I still consider valid now – I propose a quick observation. In fact, a non-recognized World State (or World Government) already exists. One example among many. When we use WhatsApp or Facebook or something else in the net, we are not in a national territory. What we write and publish is not always regulated by the government in which we live, but by algorithms controlled from very remote and seldom accessible places – even for national states’ authorities (at least in the Western world).

Have you ever thought about it? The only way for nation states to regain their jurisdictional power is to become part of what Borgese called the Federal Republic of the World.

Utopia? Maybe. Are there better alternatives?