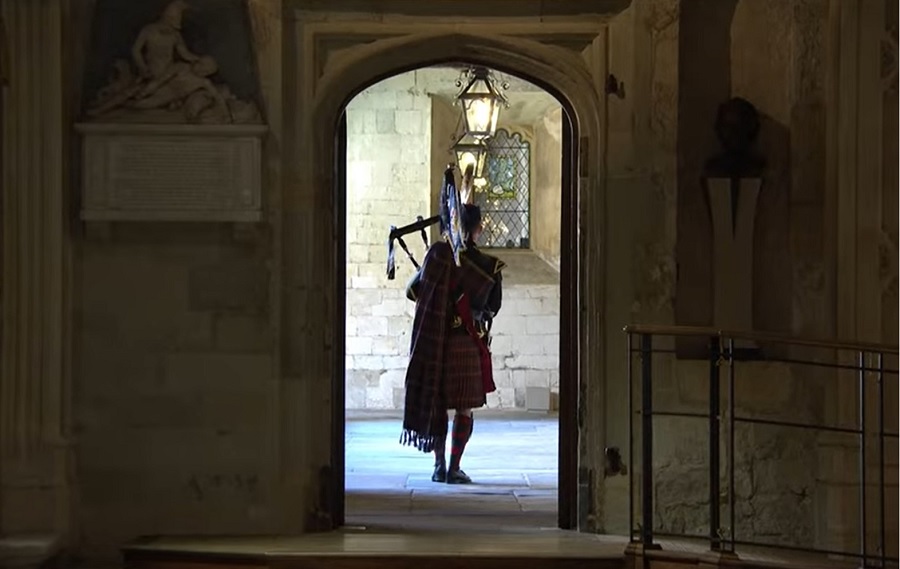 Scotland is about to vote. Local elections are in the first week of May.

The stakes are high: a victory for the protagonists of independence could finally pave the way to Scotland leaving the UK. That is exactly what recent polls are showing, especially when they are compared to the previous referendum of 2014.

In this context, it was highly symbolical watching the lone bagpiper who played at the funeral of Prince Philip, Duke of Edinburgh, slowly walking away. It was extremely sad and yet magnificent at the same time – a poignant sound that echoed even here in Sicily, an island far away another place in Europe.


Many Scottish did not bother to see the ceremony, as they do not feel anymore bound to a Union that so utterly disregarded their aspirations – and for so long. The majority of Northern Ireland citizens who voted against Brexit feel abandoned too – and Northern Ireland unionists feel betrayed by the lies that convinced them to vote Brexit. Welsh are questioning their UK membership as well. And even Northern English start to do so too.

A touching departure of Prince Philip, World War II hero, and an outstanding Queen had probably an impact in making The United Kingdom more united at mourning times. The funeral has been showing union within the Royal family and the country – no matter what hardened independentists might think.

But Brexit sowed too much disruption and divisions. Recent opinion polls about the incoming elections and a possible referendum demonstrate that current trends make Scotland independence more and more likely. And Brexit is one of the main factors supporting bagpipes walking-away from UK.


Polls in Scotland about elections and referendum

Success of pro-independence parties in Scotland is not in question. Actually, polls are useful to monitor the extent of their success and the internal equilibrium among the three main parties supporting a new referendum for independence.

They are the SNP, the Scottish Greens and the newly formed Alba. A recent poll by Panelbase  – here published and commented by “Believe in Scotland” – shows that SNP might not confirm an outright majority a Holyrood.

This is because Alba might obtain a few percentage points and the SNP might be damaged by recent confrontations. In any case, at last elections SNP had an astonishing victory that is difficult to be repeated.

Yet, a pro-independence majority, whether reached by SNP alone or with other pro-independence parties, is not in question. With the current projections, SNP would get 63 seats (only one of them from regional ballots),

Greens should get 10 and Alba can maybe get 5 seats. With these projections, the SNP would fall two seats short of a majority of 63 seats – as it was in previous Scottish election. Yet, the majority for Yes to Scotland independence would be 27 seats, which is 9 seats more than current assembly.

This is consistent with another recent opinion poll on Scotland independence among voters. Since Brexit came close to implementation, support for Scotland independence had a surge. It reached a top between December 2020 and January 2021, clearly correlated with Brexit and the will of Scottish people to join EU.

Baseless claims from conservatives’ press on Mrs. Sturgeon had an impact on SNP and Yes-campaign. However, this impact has been limited in scope and time, with support to independence back on a growing track since the end of March 2021. But what really makes a difference is the cathastrophic impact of Brexit on Scottish people, especially younger groups.

If we compare age groups supporting independence with results of 2014-referendum, we see a steep surge of “Yes” on younger groups. In 2014 referendum, support to Scotland independence was stronger among people 34 years old or younger.

Yet, it was around 50% while now it grew to an overwhelming 72% for the same age group. Probably, it is even higher for the youngest (age 16-25), although we do not have data for this specific poll.

This universal support to independence from younger people comes directly from Brexit. They are the most impacted by Brexit drawbacks, both in short run and the long run. Brexit has curbed their freedom to move around in EU, study in EU, build a future either in Scotland or EU. They understood very well the disaster that Brexit is imposing on their current and future lives.

That means, Brexit is driving Scotland out of UK in a medium-term and long-term perspective. Conservatives might still think that a later referendum can still keep Scotland within UK, yet trends show an opposite picture. This is because younger people will join the electoral body and medium-age groups will be more and more convinced as disastrous Brexit effects will set-in.

In addition, the current attitude of Johnson’s cabinet is betting on two strategies: (1) selling as true a “good” management in contrasting Covid-19 epidemic and (2) strengthening Union Jack’s flagging to extend Union’s nationalism. Both strategies are doomed to fail. The former because it is temporary, the latter because it is counterproductive in Scotland.

Expect Scottish bagpipes walking away from UK, sooner or later. Unless UK re-joins EU – the sooner, the better.

Flowers of the Forest by Pipe Major of The Royal Regiment of Scotland at Prince Philip’s Funeral.