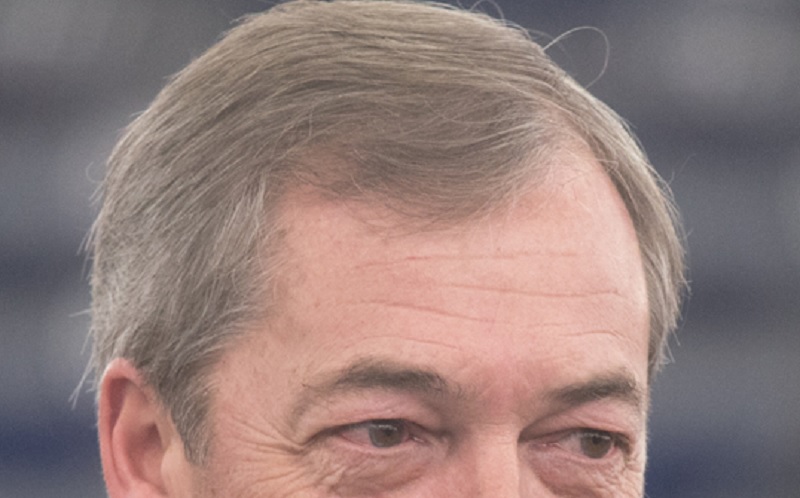 After nearly thirty years lying for Brexit, Nigel Farage has announced that he is quitting politics for goods. But, should the former UKIP and Brexit Party leader be given a knighthood?

Answer is yes. Nigel Farage should be knighted with Pinocchio’s Order of Nose. As long as Pinocchio himself agrees on that.


Mr Farage is credited with convincing former Prime Minister David Cameron to hold the unfortunate and mistaken 2016 EU referendum. He is credited for an unspecified number of lies and fakes too.

Recently, Mr Farage said he was resigning as leader of the Reform Party. As happened in the past, he added that had no plans to coming back to politics. It looks like Richard Tice would replace him as leader of the party, with good and truly credible credentials.

“I know I’ve come back once or twice when people thought I’d gone, but this is it. It’s done. It’s over.” Farage is said to have said.

He would have added: “Now’s the moment for me to say I’ve knocked on my last door. I’m going to step down as the leader of Reform UK.”


Of course, many are still believing him. Others are not. His nose, however, grew an inch more.

Back in 2016, Mr Farage promised to quit politics following the outcome of the Brexit referendum that threw UK in a bottomless hole of crises. At that time, his nose was already too long to be invisible across The Channel.

He said he wanted his “life back”. Incredibly, two years later he launched the Brexit Party to pave his way toward the Pinocchio’s Order of Nose. His achievements are undeniable because millions of people believed him, and still believe his lies.


Pinocchio’s Order of Nose for Farage. Special provisions for the cerimony

It seems that the ceremony to knight Farage will be organized open air since there is no building in UK to contain the length of his nose.

Actually, it seems that it will take place in Cornwall, to make sure the tip of his nose does not get into Scotland.

Cars and trains circulation in UK will be stopped during the ceremony to avoid troublesome traffic jams, as Farage’s nose will cut UK in two for a while. Air traffic too will be suspended, since the ceremony includes the new knight looking to the sky for a few minutes, making his nose going up a few miles.

Next in the list should be PM Boris Johnson, who has already thrown away much of 10 Downing Street’s furniture to allow larger space when walking his nose around.

On the cover, Nigel Farage without his nose to reduce photo’s pixels at manageable levels.  Di European Parliament from EU – #Brexit: the time has come for the UK to clarify its position 🇪🇺🇬🇧., CC BY 2.0, https://commons.wikimedia.org/w/index.php?curid=75960458 (cut).