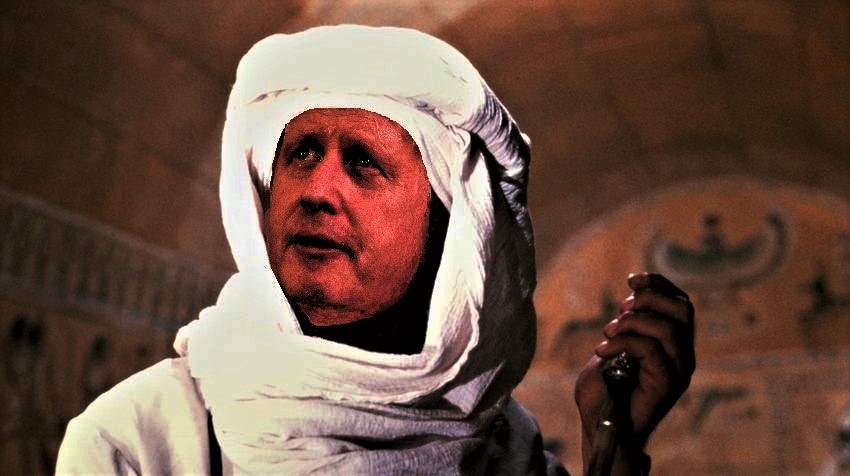 Here we are. Brexit has come, Brexit is a mess. As foreseen by many, Brexit was doomed to be a lost ark in a deserted economy. All those “unexpected” disasters spill the flavor of adventure movies.


Members of the government look as antagonists wandering in the desert they created to get personal advantage. A new movie is coming soon: Raiders of the Lost Brexit.

Brexit is lost, but political power and media are in Brexiteers hands. And government’s propaganda can magically turn a giant failure into a success story.

Thus, raiders are swarming around as grasshoppers over a depleted economy to gain all sorts of personal benefits. Opportunities opened-up by pandemics add insult to injury, allowing predators to take advantage from all possible situations.

Of course, Boris Johnson’s predatory government is currently trying to play the rescuer character. He is jamming cables and internet with propaganda on vaccines, on “solutions”, “ideas” to overcome bureaucracy problems and even about fairylike tunnels under the Irish Sea.

Since January 1st, all possible digressions have been played. Including a proposal for “re-negotiating” deals with EU and yet another appointed as Minister of State: David Frost.

He is bound to succeed Michael Gove as the UK chairman of the EU–UK Partnership Council. Frost’s declaration came soon upon news about his new role.

“I am hugely honoured to have been appointed Minister to take forward our relationship with the EU after Brexit. In doing so I stand on the shoulders of giants & particularly those of @michaelgove who did an extraordinary job for this country in talks with EU over the past year” – he tweeted.

Maybe one-eyed giants such as Polyphemus.

Hence, a new season of confrontation with EU is approaching. It will be led by another British minister launched on the quest for the Brexiteers’ holy grail. The great deal is up for grab, exactly as a chimera that does not exist even on Mars – let alone on a “frictionless” Earth.

Boris Johnson’s ministers have still a lot of power. But not for long. He and his raiders will be sooner or later held accountable for a nicely branded and self-destructive cup – Brexit itself, featured in new sequels.