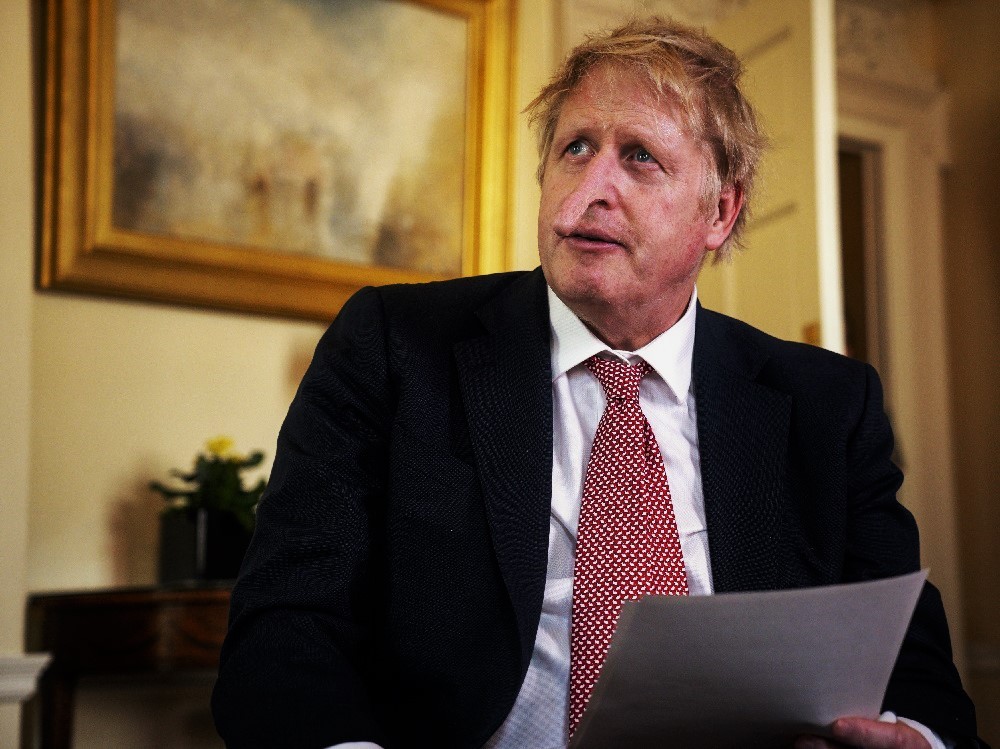 In this handout photo issued by 10 Downing Street, British Prime Minister Boris Johnson speaks from 10 Downing Street praising NHS staff in a video message, after he was discharged from the hospital a week after being admitted with persistent coronavirus symptoms.

“It’s 100 days until @COP26 [UN Climate Change Conference in Glasgow]. We’ve got to make a difference now to protect the planet for generations to come” Boris Johnson tweeted on 23 July; the same day Dawn Butler was temporarily expelled from the Commons for having unequivocally exposed Johnson’s lies.


His tweet, comprised a video where he claims that UK will tackle climate change.

Tweet and video sparked stiff criticism regarding PM’s lip service to environment policies and the reality of his anti-environment strategies.

“What the hell are you on? -You FLEW to Cornwall -Today it’s been announced that road building won’t have to take climate change into account in their planning -You’re ENCOURAGING trade from further away Stop with the lip service”, reads one of the replies summarizing the anti-environment posture of UK’s government.

The Institute for Public Policy Research (the UK’s leading progressive think tank) replied in a more technical way: “To reach net zero fairly the UK needs a step change in investment and policy Public investment in the low carbon economy will need to rise to £30 billion a year throughout the UK until at least 2030. This will also contribute to levelling up across the economy #IPPRNetZero.”

Another reply stated that “The UK Government are about to approve a huge new oil field from Shell & Siccar Point Energy just 100 days before #COP26.This goes against meeting the Paris Agreement’s 1.5°C target & the UK’s climate goals”.

Many others replied with multiple mentioning of the L-word or related memes.

The reputation of Boris Johnson has been highlighted by other specific replies, such as “The Saudi Arabia of Wind? The only Saudi Arabia we are becoming, is the “Saudi Arabia of Democracy”. Speaking of protecting the planet. Have you received any new fan mail from Bolsonaro recently?”.

This tweet came with a link to an article from The Guardian, titled “Bolsonaro government thanked Johnson for Amazon fire support. UK prime minister’s refusal to criticise Amazon fires and sharp rise in deforestation praised by Brazilian ambassador”.

Yet, any direct talk about Johnson’s nose-growing qualities is banned in Westminster. And in most of British press too.