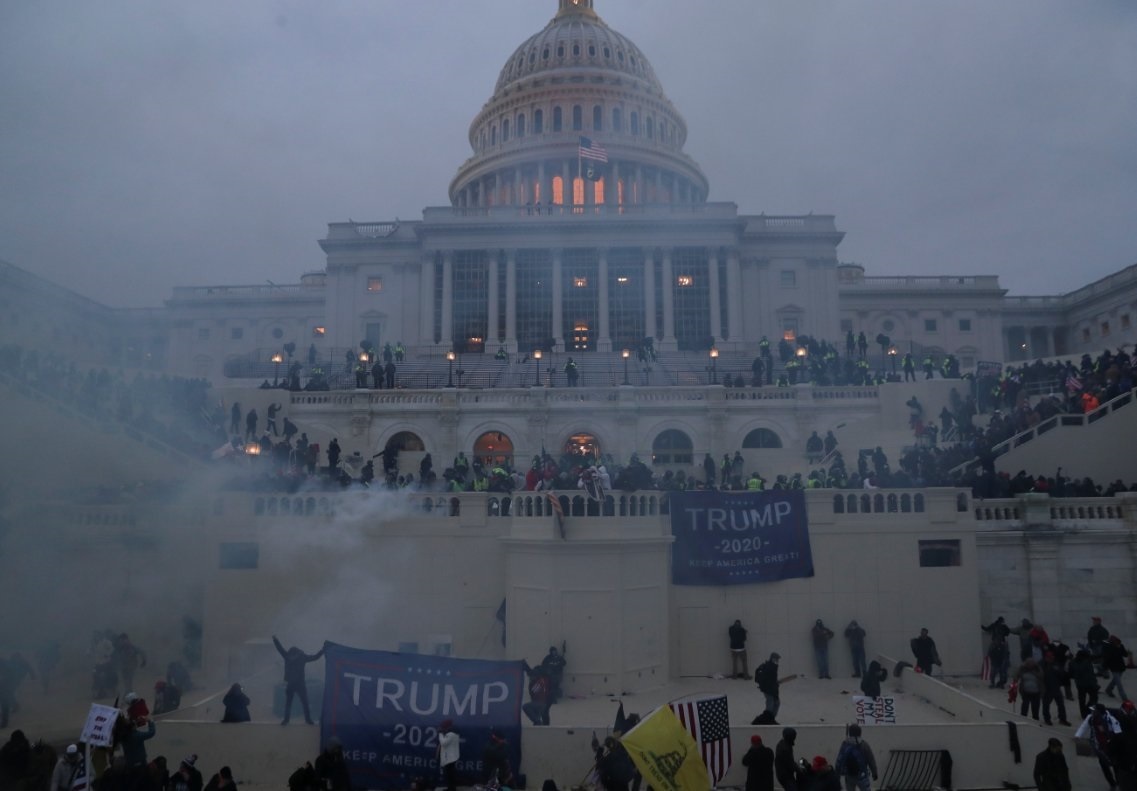 Great politicians – and great presidents – have the capacity to speak with touching inspiration. Certainly, it was the case for US President Franklin Delano Roosevelt (FDR).

For instance, almost all words of Franklin Delano Roosevelt’s speech delivered one day after Japanese attack on Pearl Harbor of December 7th 1941 – known as “date that will live in infamy speech” – look applicable today. Is it possible to imagine a similar speech one day (or one month) after January 6th 2021, the date Trumpist mobs attacked the US Congress?

In fact, FDR’s words of his most celebrated speech are astonishingly easy to adapt to the situation US is nowadays in.

Although not comparable in terms of loss of lives and intensity of violence delivered by Japan on December 7th 1941, the events of January 6th 2021 contain more than an analogy. That is because the original FDR’s speech was formulated after a historical event showing at least a number of conceptual overlaps with a historical event to occur 79 years and one month later.

Here I provide a possible transcription for today, with little editing on that historic Roosevelt’s speech. I adapted it to the current situation as if a group of American people – strongly believing in US democracy – would address the US Congress.

At the end, a video reporting the real and full speech delivered by FDR to the Congress the day after the infamous Japanese attack on Pearl Harbor on December 7th 1941. The video is useful to compare the two versions. Full transcription of FDR’s speech is anyway easy to find in the net, for instance here.


Date that will live in infamy speech, adapted

“One month ago, January 6th, 2021 —a date which will live in infamy—the United States of America was suddenly and deliberately attacked by a mob of conspirators and insurrectionists of the Party of Trump.
The United States was at peace with that Party and, at the solicitation of Trump, was still in conversation with his representatives and his senators looking toward the maintenance of a peaceful transition of powers in the Nation.
Indeed, one hour before Trumpist mob squadrons had commenced storming in the American Congress, the Trumpist senators of the United States and his colleagues delivered to our Congress a formal objection to the recent American elections. And while this objection stated claims that seemed useless to continue debating at the Congress, it contained no practical threat or hint of violence or of violent attack.”

I agree that for the last sentence of this first part, the adaptation might be different or arguable.


Central part of “will live in infamy”: different scope and implications, but substantially similar

“It will be recorded that the distance of Congress from mobsters’ places of residence makes it obvious that the attack was deliberately planned many days or even weeks earlier. During the intervening time, the Trumpist representatives have deliberately sought to deceive the United States by false statements and expressions of hope for continued transition of powers.
The attack a month ago on the Capitol Hill has caused severe damage to American democracy and constitutional strength. We regret to tell you that six American lives have been lost. In addition, American Congress premises have been reported vandalized on the locations between Senate and Chamber of Representatives.
On 6th of January, the Trumpist mob also launched an attack against US police.
That day, Trumpist mobs attacked Capitol Hill.
That day, Trumpist mobs attacked people’s representatives.
On that day, Trumpist mobs attacked senators.

That day, the Trumpist mobs attacked US democracy.
And previously, the Trumpist mobs placed bombs in nearby buildings.
Trump has, therefore, undertaken a surprise offensive extending throughout the US democracy. The facts of one month ago speak for themselves. The people of the United States have already formed their opinions and well understand the implications to the very life and safety of our Nation.
As people believing in the American democracy, we have directed that all measures be taken for our defense. But always will our whole Nation remember the character of the onslaught against us.
No matter how long it may take us to overcome this premeditated insurrection, the American people in their righteous might will win through to absolute victory.”


Date that will live in infamy speech, adapted – after breaking applause

“We believe that we interpret the will of the Congress and of the American people when we assert that we will not only defend ourselves to the uttermost, but will make it very certain that this form of treachery shall never again endanger us.
Hostilities exist. There is no blinking at the fact that our people, our territory, and our interests are in grave danger.
With confidence in our democracy, with the unbounding determination of our people, we will gain the inevitable triumph—so help us God.
We ask that the Congress declare that since the unprovoked and dastardly attack by Trumpist mob on Monday, January 6th, 2021, a state of legal prosecution has existed between the United States and the Trumpist mobs.”

A long applause emerged at the end of original FDR’s speech.

Of course, the opportunity of delivering such as speech today by any politician is debatable. My editing here is for the sole purpose of showing how a great president have the capacity to deliver everlasting concepts, even beyond specific times and events. As long as different events occur with substantial similarity.