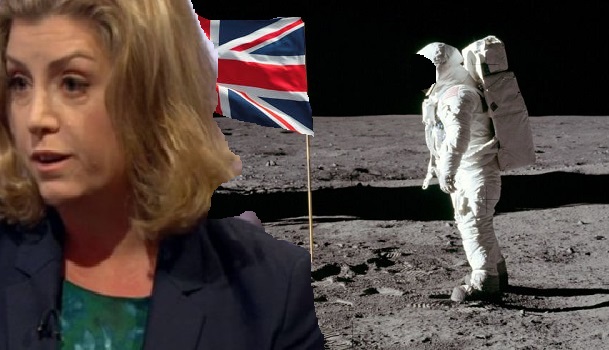 Facing a complete failure of Brexit, Mrs May decided for a splashing move. She appointed as a new Minister Ms Penny Mordaunt – a harsh brexiteer MP who blatantly showed her incompetence about EU’s rules in a BBC talk.

Ms Mourdant is famous in UK for at least three incredible exhibits exposing her unfitness for the role of a Minister. The first is her appearance in a low-profile TV show named “Splash”. The second is a naughty speech in UK parliament where she filled meaningless sentences with inconvenient words. The third, more relevant, is about her own show of manifest incompetence about vetoing rules in EU.

In 2014, Splash TV show received very poor reviews from critics. Comments were simply punitive, including “utterly awful”, “a new low for television” and “probably the worst programme ever screened in primetime”. Nonetheless, Ms Mourdant participated in this diving show. After all, Splash TV show is based, well… on diving. Any better candidate for a Brexit diving in failure?


When delivering a speech in the House of Commons in 2013 on poultry welfare, Ms Mourdant used the word “cock” six times and “lay” or “laid” five times. Someone complained that she was trivialising the Parliament.

Finally, here it comes. The new Secretary of State for International Development shows a complete ignorance about EU. In a May 2016 BBC Television interview during the run-up to the Brexit referendum, Mourdant repeatedly denied that the UK had a veto on Turkey joining the EU. (Video at the end of this article). Journalists, politicians, and public were outright appalled. Was she lying or was she simply unaware of the EU basics?

In fact, Article 49 of the EU constitution requires a unanimous vote of all 28 members of the General Council to allow accession of any candidate state, thus creating a power of veto by any a dissenting member nation. Of course, it is true the opposite. Leaving EU, UK will not have any veto power on any perspective new member, such as Turkey.


It is very easy to find the above information about Ms Mordaunt. Her  diving “shows” are available even in Wikipedia. Should Mrs May judgement on Minister Candidates be more informed? It looks like Wikipedia is not available on the moon where Mrs May and her Government keep walking – and diving in failure.