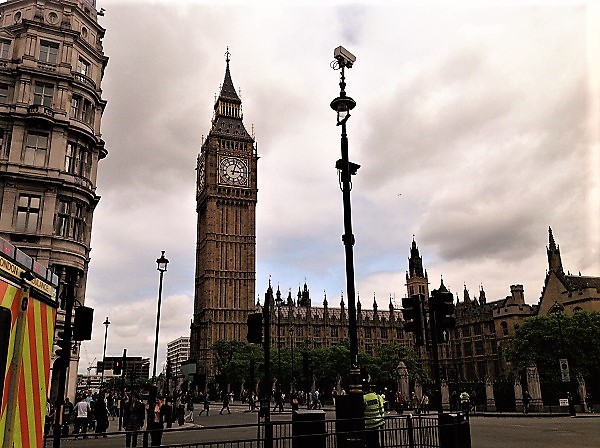 Since a pitiful referendum on Brexit, a few facts – and costs – are clear in their nature and type. All of them condemn Brexit as an unnecessary imbroglio. Hereby, a partial list of them.


First – and easier to count – is the stable devaluation of British currency (GBP) against Euro. This devaluation has been within a 10-15% range during the past 14 months. Meaning that Brutish people’s wealth fell by 10-15% thanks to the simple “yes” to Brexit. In practice, for people working in UK, a salary worth 2000 euros in 2016 is now equivalent to 1700-1800 euros. What a good deal, indeed.

Secondly, the UK is now much less valuable in the international context. Firmly isolated and even self-expulsed from EU, the UK faces enormous difficulties in foreign policy and trade deals. Theresa May’s difficulties get bigger and bigger as she and her government do not realize in what deep imbroglio UK is. There is a political-and-identity crisis with almost no solution. Unless a way back is open by a new referendum to re-enter EU.

Third. An adverse – foreseeable and foreseen – impact on economy is clearly underway. The most advanced and valuable sectors of UK’s economy are under strain. Brexit adversely affected finance, advanced services, science, researching, universities and the best of the UK’s economic activities. Much of these harmful effects are yet to come. In fact, the best of human resources living and working in Great Britain before Brexit are now leaving. The UK no longer attracts them. Skilled workers want (or have) to go away from UK in their quest for a stable and fruitful environment, available in EU or elsewhere. A worrisome brain drain is taking place.

Fourth.  Another impact is visible for those who believed most on Brexit – the lower income and less skilled workers. Nominal regress in currency value is coupling with a reduced purchasing power at home. The UK imports a vast array of products that must be paid with a devalued currency. British people do not need to go abroad to feel the effect, as imported goods are now more expensive in shops around the corner in Britain. Imported goods sum up at least to 90% of produce, one way or another in a globalized economy.


Now comes the fifth type of costs stemming from Brexit – negotiations. This is probably the worst and most painful of costs, as it links more concretely to current and future trade. Here Brexit’s imbroglio is stubbornly stuck.

In fact, you can always pass an act or decree to establish that the moon does not exist anymore. You can also pass an act or decree to rightfully imposing that Great Britain is now on the moon and not in Europe anymore. The moon and Europe will remain there nevertheless. Theresa May and her government do not realize that. Instead, they are going on: walking on the moon without an oxygen mask.

To add insult to injury, final trade deals for the UK will be – at best – worse-off than simply remaining in EU’s trade system. To add torture to injury, a country of 60 million people has to deal with a continent of 500. May-be, resulting in a weak position for any deal.

Not to mention the fate of millions of British living in EU and millions of Europeans living in UK. Here we face an uncertain future for everyone.

So far, a question comes out: why all this? Why getting in this miserable imbroglio? Is it maybe better to step back and launch a new referendum for returning to Europe?

This is a simple and somehow productive idea of many actors in the political landscape of UK.

British should run for it, as soon as possible, and vote for re-entering EU. For the best of British’ and European’s future.